'I have insurance': Giuliani warns Trump to not throw him 'under the bus' over Ukraine scandal during Fox News interview 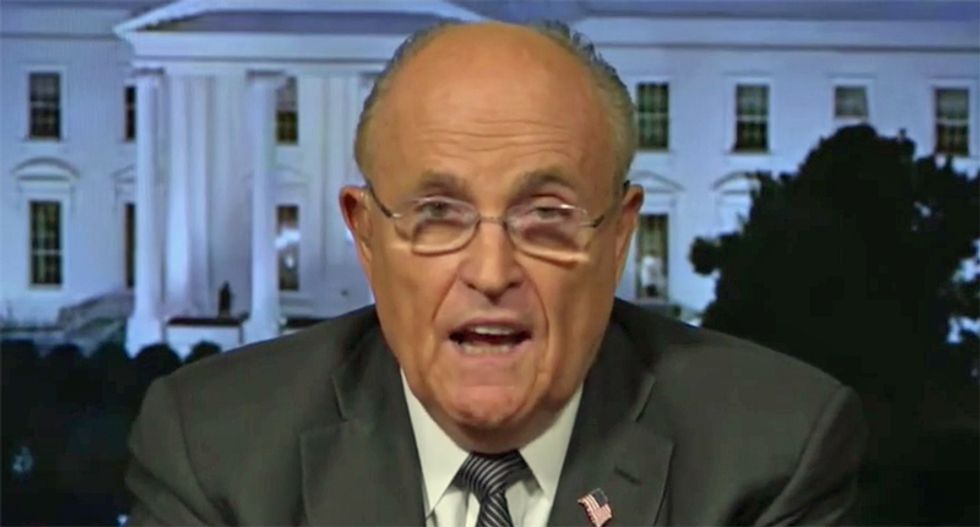 On Fox News Saturday, Rudy Giuliani sat for an interview with Ed Henry, and appeared to suggest that President Donald Trump wouldn't dare let him go down for the Ukraine scheme, because Giuliani could take him down with him.

"I've seen things written like 'He is going to throw me under the bus,'" said Giuliani. "When they say that, I say, 'He isn't, but I have insurance.'"

He also accused his indicted associate Lev Parnas of lying about the role of Rep. Devin Nunes (R-CA) in the Ukraine scheme, and appeared to threaten him as well, warning that he "could make himself into another Michael Cohen" — a reference to Trump's former lawyer who was excommunicated from the president's circle and is now serving a federal prison sentence for fraud and tax evasion.