Jimmy Carter hospitalized due to complications from his recent falls: report 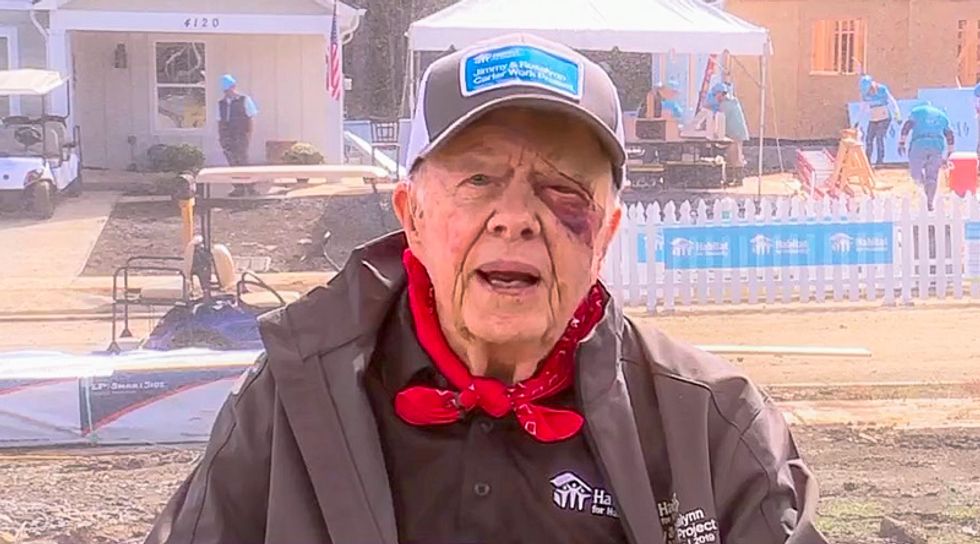 Carter, aged 95, is reportedly being treated for pressure on his brain due to bleeding — a complication from recent falls. His condition is currently unknown.

Carter, who served as president from 1977 to 1981, has placed a strong emphasis on humanitarian work in his years after leaving office, in many cases going to physically build homes with Habitat for Humanity despite his advanced age. He has suffered numerous health issues in later years, including surviving cancer, and often allows himself little time for recovery from these episodes before returning to his postpresidency works.