Pence brags Trump will give adoption agencies the ‘right’ to ban LGBTQ parents: ‘We will stand for the freedom of religion’ 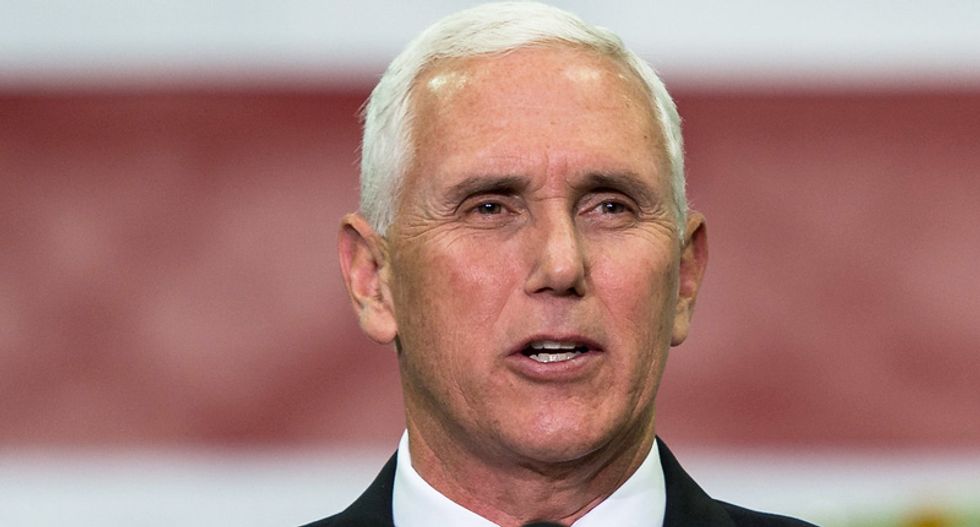 Vice President Mike Pence this week attended a federal government event during which he bragged about the Trump administration’s latest attack on LGBTQ people. The vice president (video below) heralded a fast-tracked proposed policy from the Dept. of Health and Human Services that would reverse an Obama-era rule barring discrimination by adoption and foster care agencies against LGBTQ people and same-sex couples.

The proposed rollback of that rule is expected to go into effect in just a few weeks, granting government protection to religious, faith-based, or any other adoption organization that wishes to claim a moral opposition to LGBTQ people from facing a loss of federal funding.

“We will stand for the freedom of religion and we will stand with faith-based organizations to support adoption,” Vice President Pence told supporters at an HHS event Tuesday, as he pounded his fists on the podium, to cheers.

“I couldn’t be more proud that at President Trump’s direction and with the strong support of leaders across foster care, adoption, and our faith communities, we’ve taken decisive action,” Pence bragged.

That “decisive action” literally reduces the pool of prospective parents for large numbers of children who don’t have parents or homes.

“More than 100,000 foster children are awaiting adoption, according to government data, but a constellation of religious agencies refuse to consider same-sex parents when placing these children,” NBC News reports. “Shortly before the end of his second term, President Barack Obama changed nondiscrimination rules governing adoption agencies to expand the definition of groups protected against discrimination to include LGBTQ people. Trump’s proposed rule change will undo that.”

In fact, same-sex couples have far higher rates of adopting and fostering children than their different-sex couple peers.

“A 2018 report from the Williams Institute at UCLA School of Law found that 1 in 5 of the estimated 114,000 same-sex couples raising children in the United States are raising adopted or foster children — significantly higher than the 3 percent of heterosexual couples doing so.”

The latest discriminatory HHS rule Vice President Pence bragged about comes from Roger Severino, HHS’s Director of the Office of Civil Rights. Severino is known as a “radical” anti-LGBTQ religious right activist who previously served as CEO and counsel for the Becket Fund for Religious Liberty, a religious right non-profit that opposes separation of church and state. He also once served as the Director of the DeVos family’s Center for Religion and Civil Society in the Institute for Family, Community, and Opportunity.

Watch Vice President Pence (video may be slow to load):