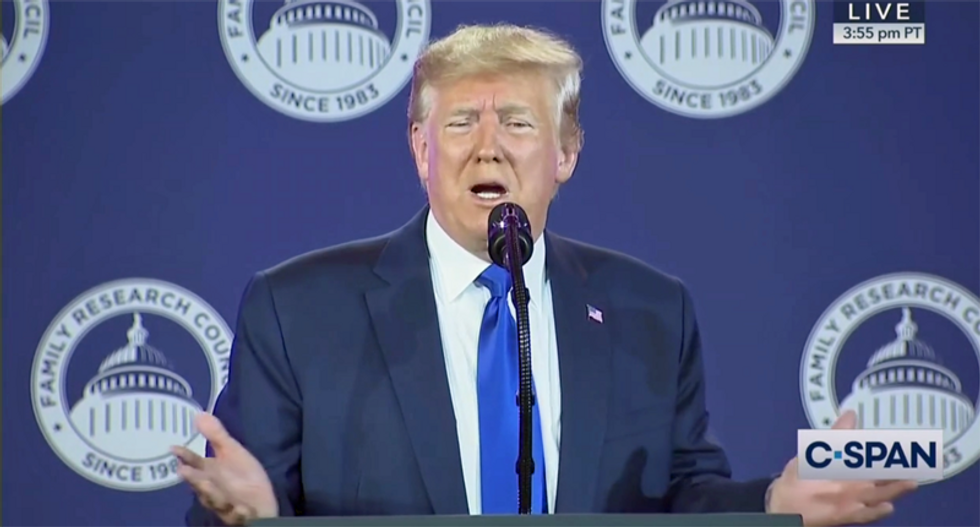 Texas voters are divided on whether the president should be removed from office, but nearly half think impeachment investigations should proceed, according to the latest University of Texas/Texas Tribune Poll.

Not quite half of Texas registered voters agree that “Congress is justified in conducting impeachment investigations into actions Donald Trump has taken while president,” according to the latest University of Texas/Texas Tribune Poll.

Almost as many — 42% — disagree with that statement. Republican and Democratic voters are predictably partisan in their responses, while independent voters are more likely than not to say the investigations are merited: 46% agree, while 32% do not.

“The rank and file is still mostly solid behind the president,” said Joshua Blank, manager of polling and research for the Texas Politics Project. “But among voters who identify themselves as conservatives first, there are some reservations.”

Texas registered voters are evenly divided — and strongly partisan — about whether Trump ought to be removed from office before the end of his term, according to the latest University of Texas/Texas Tribune Poll.

Although Trump hasn’t been impeached or tried, voters are drawing some conclusions. To the question, “Based on what you know, do you think that Donald Trump has taken actions while president that justify his removal from office before the end of his term?” 43% of registered Texas voters say yes and 44% say no. Again, the partisan splits are what you might expect — 79% of Democrats say early removal is justified, while 79% of Republicans say it’s not. Independents were divided, 34% yes, 33% no and 24% unsure.

Democrats in Congress are more likely to get good marks on the impeachment proceedings than Republican members, but both groups have more detractors than cheerleaders. While 25% of voters approve of the way Republicans are handling the investigations, 49% don’t. For Democrats, it was 40% approval and 45% disapproval. Trump’s numbers are in the same neighborhood: 39% approve of the way he has responded to the impeachment investigations, and 45% do not.

About as many people approve of the overall job Trump is doing (47%) as disapprove (48%) — numbers that come into sharper focus when you see how others are doing. For Congress, the approval-disapproval ratio is 21% to 58%. Democratic U.S. House Speaker Nancy Pelosi’s is 35% to 50%, and the ratio for Senate Majority Leader Mitch McConnell, a Republican, is 26% to 42%. All of them are further underwater, in terms of public opinion, than the president, who’s floating along with about the same numbers of friends and foes.