'There are concerns for 2020': Voting machine problems in a key swing state have officials panicked about upcoming election 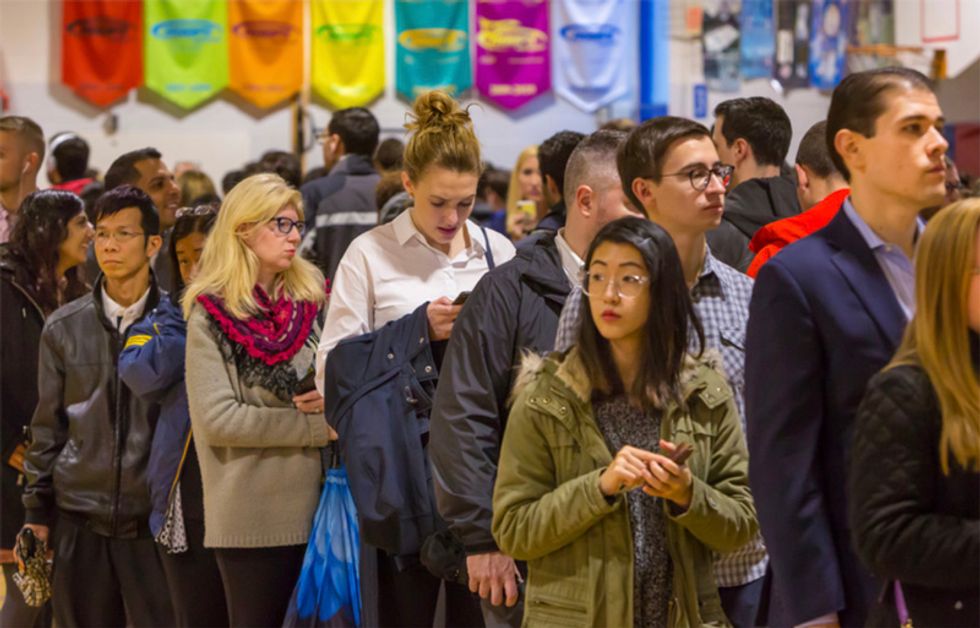 On Saturday, The New York Times documented the problems officials in Northampton County, Pennsylvania experienced administering the 2019 uniform election with ExpressVoteXL voting machines — sparking a fresh round of worries about the integrity of the election infrastructure in a state that will be closely watched in 2020.

"Vote totals in a Northampton County judge’s race showed one candidate, Abe Kassis, a Democrat, had just 164 votes out of 55,000 ballots across more than 100 precincts. Some machines reported zero votes for him. In a county with the ability to vote for a straight-party ticket, one candidate’s zero votes was a near statistical impossibility. Something had gone quite wrong," wrote Nick Corasaniti. "With clearly faulty results in at least the judge’s election, officials began counting the paper backup ballots generated by the same machines. The paper ballots showed Mr. Kassis winning narrowly, 26,142 to 25,137, over his opponent, the Republican Victor Scomillio."

“People were questioning, and even I questioned, that if some of the numbers are wrong, how do we know that there aren’t mistakes with anything else?” said Northampton County Democratic Party chairman Matthew Munsey.

ExpressVoteXL is one of the most advanced models of voting equipment from the Nebraska-based manufacturer Election Systems and Software (ES&S), which provides voting machines for much of the country. Featuring a 32-inch touch screen and a paper ballot printer, these machines are part of a new line of equipment bought by Northampton County to use in upcoming elections.

It is unclear what caused these machines to malfunction, in part because federal testing standards for election machines haven't been updated since 2005. The machines contain an "auto-test" feature that is supposed to verify they are working properly, but as National Election Defense Coalition adviser Kevin Skoglund explained, “It doesn’t test if the touch screen or the scanner work. It doesn’t even cast votes for everyone on the ballot. It is especially concerning that it can send made-up votes to the vote counting software without needing a real ballot. Fake ballots are a feature no voting machine should have.”

ES&S claims that there is no cause for alarm, because the paper backup system recorded the votes correctly. "We also need to focus on the outcome, which is that voter-verified paper ballots provided fair, accurate and legal election results, as indicated by the county's official results reporting and successful postelection risk-limiting audit," said ES&S spokeswoman Katina Granger. "The election was legal and fair."

But frustration from local activists continues, in part because of suspicion over the way the machines were chosen by Pennsylvania election officials in the first place. In Philadelphia, for example, ES&S spent $425,000 in lobbying, donated $1,000 to the campaign of a city commissioner, and directly influenced the city's budget request for election equipment.