Trump escaped prosecution because his attorney general is 'more loyal to him than to the Constitution': Fox judicial analyst 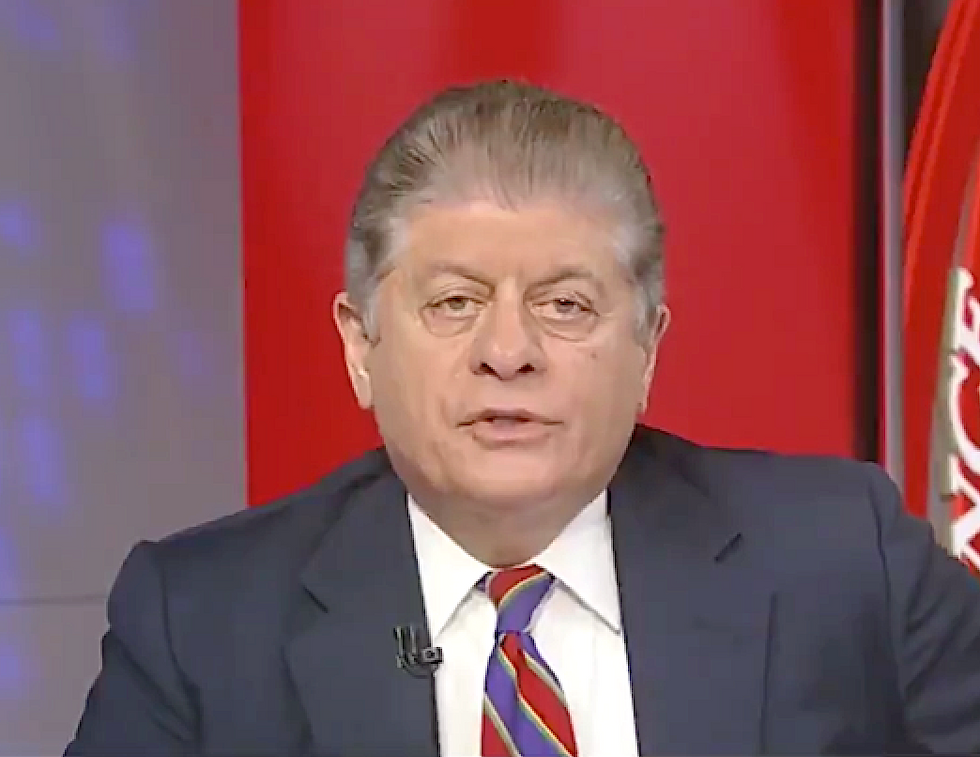 During a segment this Monday, Fox News judicial analyst Andrew Napolitano called into question President Trump's fitness for office, saying that he's in violation of his oath "to preserve, protect and defend the Constitution."

"In nearly three years in office, President Donald Trump has spent federal dollars not authorized by Congress; separated families and incarcerated children at the Texas-Mexico border in defiance of a federal court order; pulled 1,000 American troops out of Syria ignoring a commitment to allies and facilitated war against civilians there; and sent 2,000 American troops to Saudi Arabia without a congressional authorization or declaration of war," Napolitano said on Fox Nation.

“He has also criminally obstructed a Department of Justice investigation of himself, but escaped prosecution because of the intercession of an attorney general more loyal to him than to the Constitution. The Constitution!” he exclaimed.

Napolitano pointed out that at the outset of his presidency, Trump took the presidential oath of office, promising that he would “Faithfully execute” his obligation to protect and defend the Constitution. James Madison, Napolitano said, insisted that the word “Faithfully” be in the presidential oath "and that the oath itself be in the Constitution to remind presidents to enforce laws and comply with constitutional Provisions whether they agree with them or not and to immunize the oath from congressional alteration."

fox nation is not just for over the top pro-trump takes, it is also for dissent too real to air on fox news https://t.co/DOpnTE6P5D
— John Whitehouse (@John Whitehouse)1573486730.0

"Recently, Trump referred to a clause in the Constitution as 'phony' and he thereby implied that he need not abide it nor enforce it, notwithstanding his oath," the Fox News contributor continued.

Closing out the segment, Napolitano said that "Trump has become known for forceful and often tasteless banter."

"He publicly calls people crude names, uses foul language, and send sends dog whistles of lawless behavior to many of his supporters. All of that is a question of free speech, personal taste and political risk. But threats to ignore parts of the Constitution are not matters of speech, taste or risk. They reveal character traits but question the president’s fitness for office."