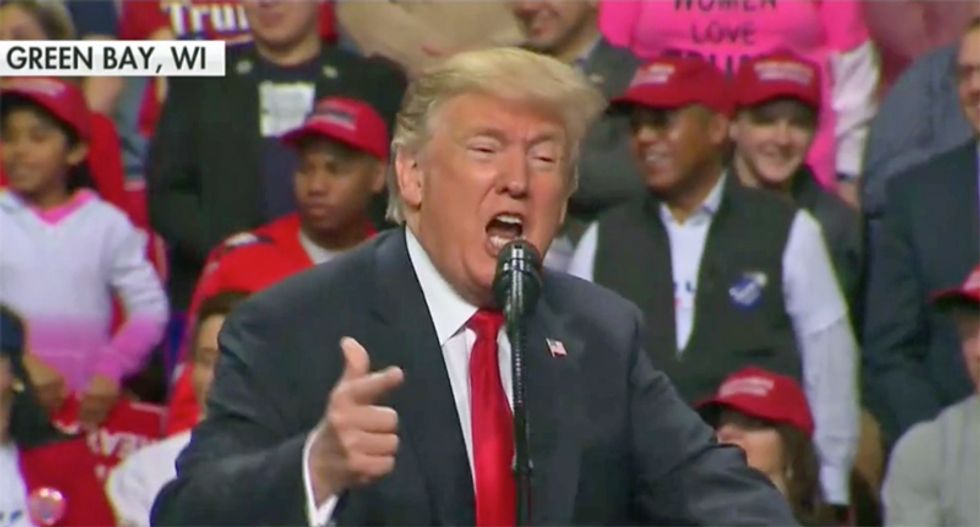 "Shifty Adam Schiff will only release doctored transcripts," the president wrote on Twitter. "We haven’t even seen the documents and are restricted from (get this) having a lawyer."

The president then suggested that members of the GOP release their own transcripts, which would presumably require them to falsify witness testimony.

"Republicans should put out their own transcripts!" the president said. "Schiff must testify as to why he MADE UP a statement from me, and read it to all!"

The transcripts released by the House of Representatives so far have been complete transcripts of impeachment testimony, with no additions or deletions from the record.

In contrast, the so-called "transcript" released by the White House of Trump's call with Ukrainian President Volodymyr Zelensky allegedly contained several omissions, according to testimony from Lt. Col. Alexander Vindman.