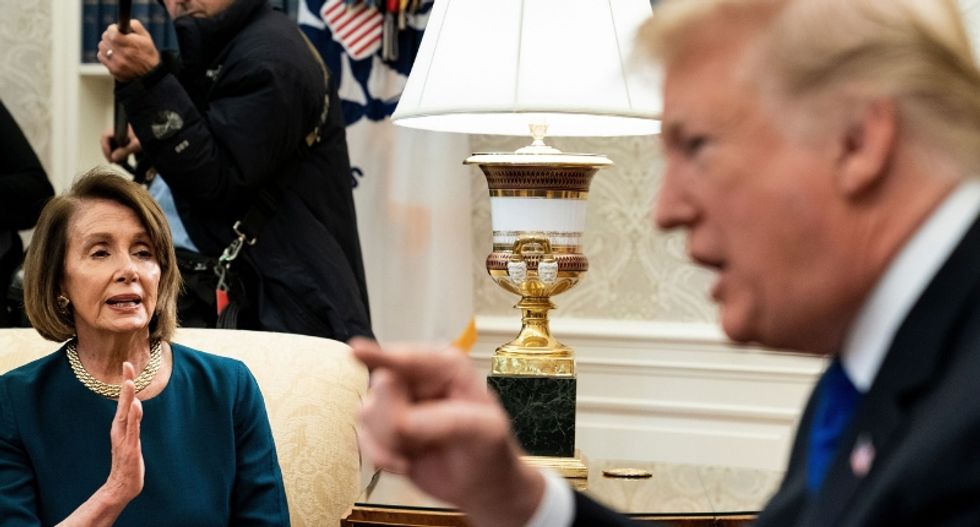 President Donald Trump said Friday, without evidence, that he was told by an unnamed person that the stock market was up 300 points because Americans read his summary of the Ukraine call.

The comment came during a Q&A that has become known as "chopper talk," where the president speaks to the press before leaving for an event with the Marine One helicopter blaring behind him.

CNBC's Eamon Javers was the one who asked Trump about the markets.

"President Trump just told me that the stock market was up 300 points today because people saw the transcript of the Ukraine call," said Javers.

President Trump just told me that the stock market was up 300 points today because people saw the transcript of the… https://t.co/43kKqDL5fO
— Eamon Javers (@Eamon Javers)1572643527.0

It's an ironic twist, because just 24 hours ago, Trump proclaimed that the stock market was being influenced by the Democrats.

"The Impeachment Hoax is hurting our Stock Market. The Do Nothing Democrats don’t care!" Trump tweeted.

It appears that when the market is doing well it's due to his work but when it drops it's the fault of Democrats.