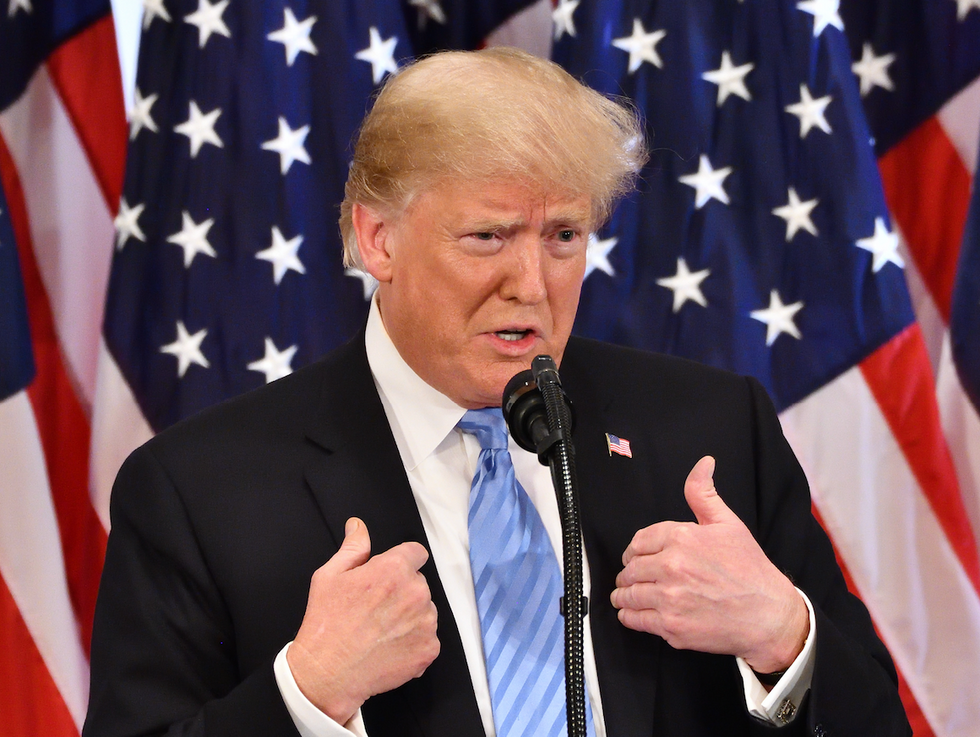 In an op-ed published in The Times of Israel this Wednesday, an Army veteran who has since renounced his support of President Trump accused the President of being "unpatriotic."

According to David Weisman, "real veterans who remember their oath will support impeachment."

"When I first got into politics, as I have mentioned numerous times, I thought the Republican Party was the party of upholding the Constitution and ethical principles," Wesiman writes. "I took the word of pundits thinking Republicans stood for truth, justice, and the American way. I never questioned their integrity when they condemned President Obama. Why? Because they were religious and it didn’t occur to me they would lie. Years later, if you are aware of my story, I learned that most of the demonizing of President Obama was propaganda. I’ve also learned to read the fine print of the Constitution because there’s more involved than just the right of free speech and the right to bear arms. Lots of nuance to acknowledge."

Weisman said that his former belief that Trump "cared for soldiers" was simply based in propaganda disseminated by Trump's most loyal defenders.

"All that was a lie," he declared.

"It took Trump a few years after being elected before finally visiting troops in a combat zone," he wrote. "What else we can expect from a person who dodged the draft five times.  During his campaign, he collected funds that under the intention that he would donate the proceeds to veterans, instead he used them for his campaign. Trump makes fun of veterans’ PTSD. Trump insults and degrades POWs and decorated war heroes when they disagree with him. How is that patriotic behavior? If a Trump supporter can condemn President Obama with propaganda, why can’t they condemn Trump with the facts right out there for all to see?"

Weisman stopped supporting Trump in July of 2018 after growing increasingly skeptical of the President's messaging. You can read his full op-ed here.