WATCH: Trump looks on as Turkey’s Erdoğan denies the Armenian Genocide ever occurred 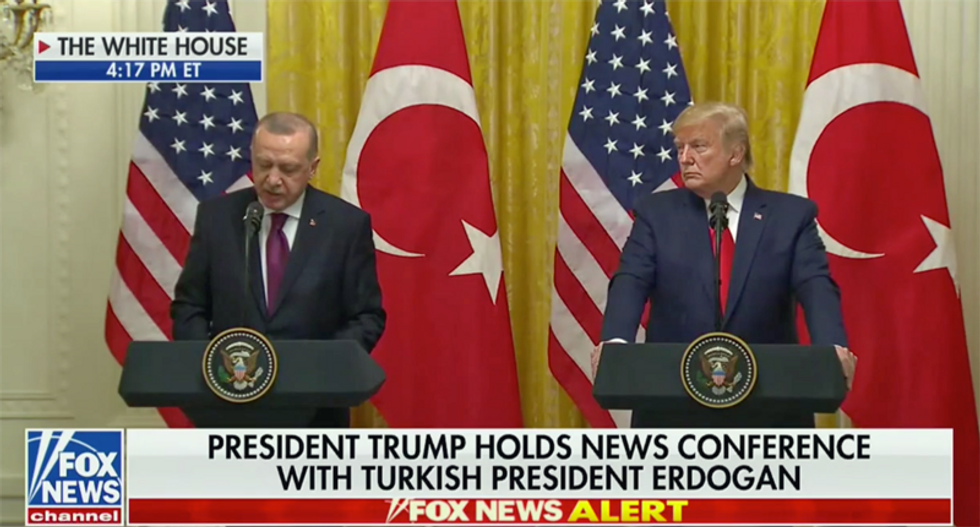 President Donald Trump looked on as Turkish President Recep Erdoğan denied the Armenian Genocide during a joint press conference at the White House.

Onlookers were shocked that Erdoğan did this in front of the president and multiple Republican senators.

From the White House, Erdogan is ranting about the Armenian Genocide, saying it didn’t happen and that he wants to… https://t.co/6y3WlZvYeO
— Katie Pavlich (@Katie Pavlich)1573679988.0