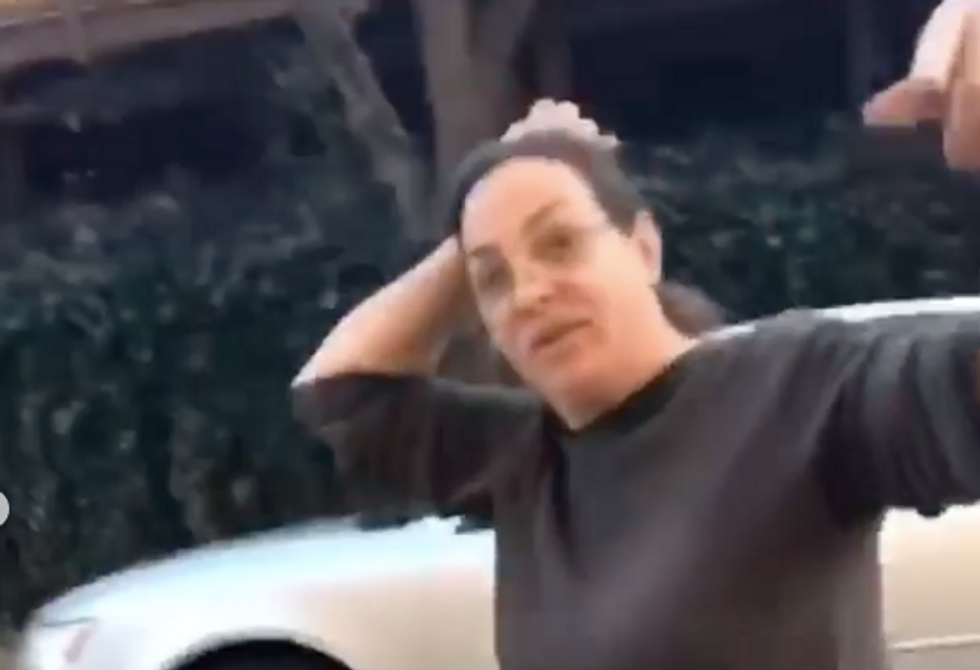 A white woman in Atlanta recently confronted a black UPS worker for looking "suspicious" -- and video of the incident has quickly gone viral.

UPS employee Nedrick Peters recorded his confrontation with the woman and posted the videos to Instagram on Wednesday.

“I’m going to need someone’s information to check up on you, because I don’t understand why you’re walking around this neighborhood with a bunch a packages,” the woman says in the video.

"What? This is crazy," Peters says after the woman complains that his presence in her neighborhood is making her nervous.

“My car has already been broken into twice, and guess what? It’s a really big thing in this neighborhood for people to walk down the street for vandalism,” the woman says.

Eventually, the woman walks back into her home. But she later returns to the street, and then claims she has called the police to report Peters.

Watch video, via The Daily Mail, below: