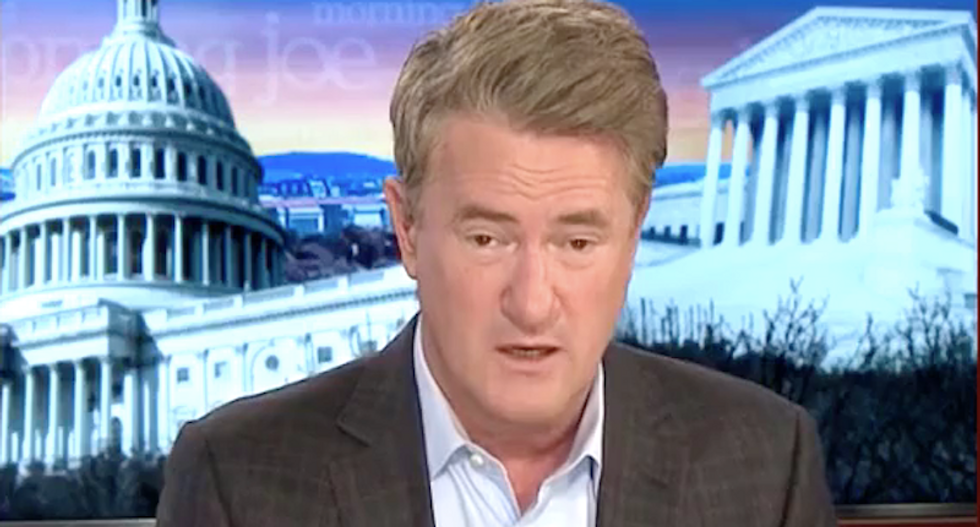 MSNBC's Joe Scarborough said next year's election would be the GOP's last as a major party.

The "Morning Joe" host said the Republican Party's refusal to reflect demographic changes would eventually doom its chances, and soon.

"We may look back at 2020 as a last competitive election against the Republican and the Democratic Party," Scarborough said, "a two-party duopoly that's run this nation for many years. Chances are good for 2024, because of demographic changes, Texas goes blue, and Texas becomes a Democratic state, and all everything that Donald Trump and (William) Barr and Stephen Miller are doing now will actually work against them not only four years from now, but also I would say, over the rest of our lifetime, only because the demographic changes are going to be dramatic."

"It's fascinating that the Bushes, Jeb and George W., in 1998 started telling any Republican that would listen, you have to appeal to people who aren't white because that's the future, not of this party, that's the future of this country," he added. "Perhaps that's why George W. Bush got like 44 percent of Hispanics be in 2004. Donald Trump's taken a complete opposite direction, if you're a Republican, at the worst possible time."