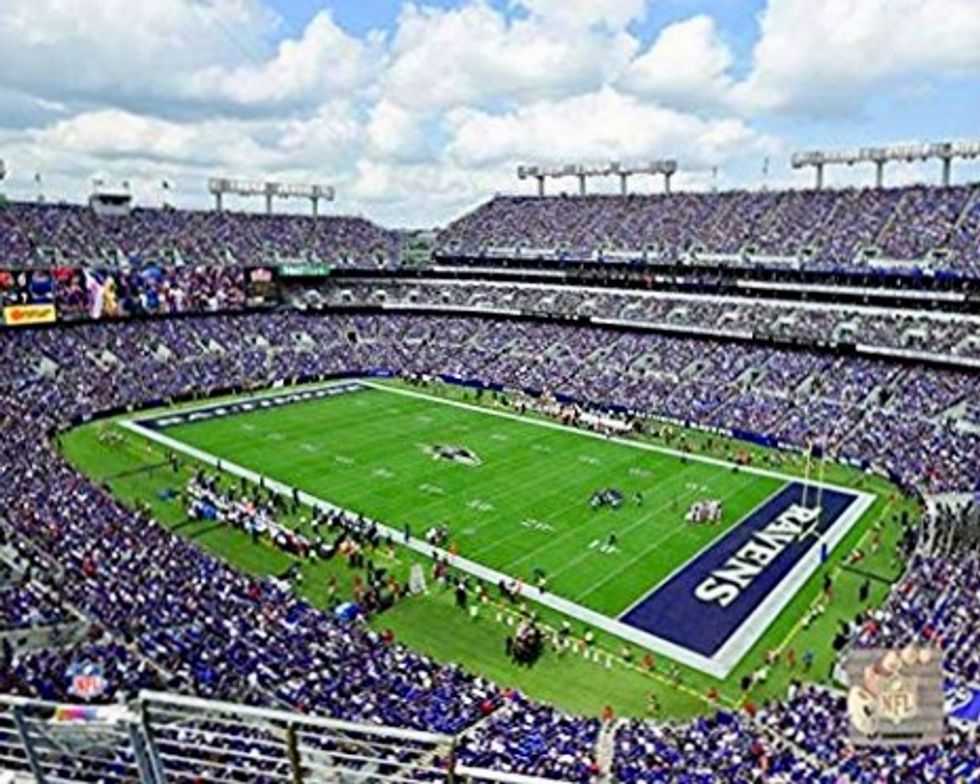 The financial institutions would get significant tax breaks for their investments, thanks to the 2017 Republican tax law.

Rule changes proposed by the Trump administration last week could let banks classify investments in professional sports stadiums as aid to the poor, and then give the financial institutions a significant tax break for their efforts.

The changes are part of an Office of the Comptroller of the Currency (OCC) and Federal Deposit Insurance Corporation (FDIC) plan to overhaul the Community Reinvestment Act of 1977, which requires banks to invest in low-income communities.

Both bank regulators are run by appointees of President Donald Trump.

As Bloomberg reported Monday, "the agencies drafted a long list hypothetical ways banks could seek to meet their obligations [under the Community Reinvestment Act], including this sentence on page 100 of their proposal: 'Investment in a qualified opportunity fund, established to finance improvements to an athletic stadium in an opportunity zone that is also [a low- or moderate-income] census tract.'"

"There are well over a dozen NFL venues nestled in so-called opportunity zones," Bloomberg noted. "They include M&T Bank Stadium in Baltimore, home of the National Football League's Ravens, which this year completed $120 million in upgrades such as a new sound system... There also are facilities for professional baseball, basketball, soccer, and hockey teams in the zones."

The tax incentive sparked criticism from lawmakers including Sen. Ron Wyden (D-Ore.), who warned in a statement last month that "there are no safeguards to ensure taxpayers are not simply subsidizing handouts for billionaires with no benefit to the low-income communities this program was supposed to help."

"Republicans who support the program should work with Democrats to ensure it does not become a boondoggle," Wyden said.

"The proposed credit for financing 'improvements' to stadiums soon raised eyebrows among policy wonks," Bloomberg reported. "That may put pressure on regulators to clarify whether banks really can satisfy CRA obligations by, say, funding a 200-foot video screen."

Pat Garofalo, managing editor of Talk Poverty and author of the "Boondoggle" newsletter, tweeted that the proposed rule changes are "truly wild."

"A potential change to the Community Reinvestment Act—the federal anti-redlining law—would allow banks to meet their obligations by investing in sports stadiums in Opportunity Zones," said Garofalo. "Opportunity Zones are a bad giveaway to investors gentrifying neighborhoods. Stadium subsidies are a huge waste of money."