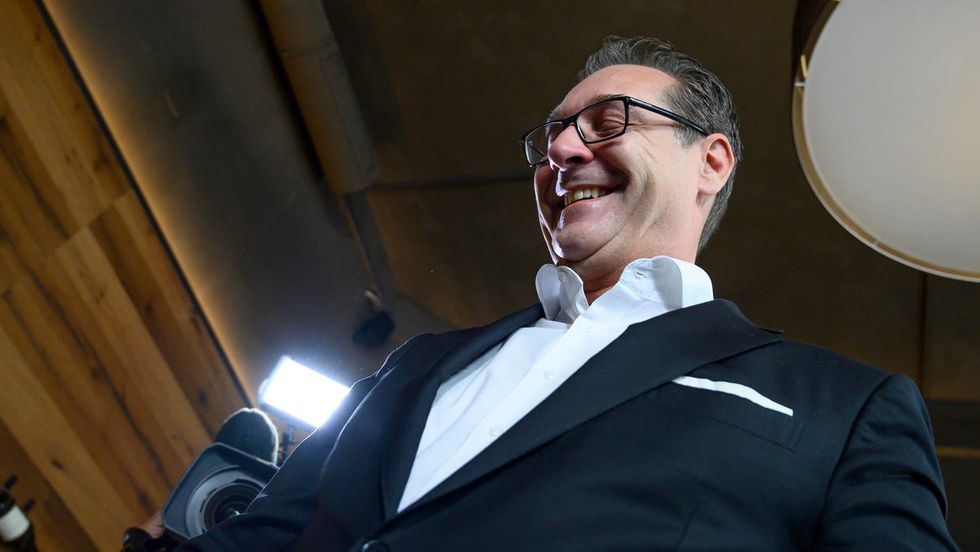 Austria's far-right Freedom Party (FPOe) announced Friday it has ousted its former leader Heinz-Christian Strache, who was caught in a corruption scandal that saw the party ejected from government in May.

High-profile FPOe leaders called a press conference in which they said "the Strache chapter was being definitively closed" for the party, dogged for months by the fallout from the so-called "Ibiza-gate" scandal.

In May sensational hidden-camera footage of Strache emerged which had been filmed on the Spanish island of Ibiza in 2017.

In it Strache appeared to offer public contracts to a woman posing as the niece of a Russian oligarch, in return for campaign help.

Fifty-year-old Strache immediately stepped down as party leader but the scandal led to the collapse of the FPOe's coalition government with the centre-right People's Party (OeVP).

Friday's expulsion is the latest episode in a spectacular fall from grace for Strache, who had led the party into government and became Vice-Chancellor after elections in autumn 2017 in which the party won 26 percent of the vote.

In that administration the FPOe gained control of several high-profile cabinet posts, including the coveted position of interior minister.

But the snap elections called after the Ibiza-gate scandal broke saw the party lose almost 10 points in vote share and the party remains stuck at around 15 percent in the polls.

That disastrous result, along with fresh embarrassing revelations about Strache's alleged abuse of expenses, led to increasing tension between Strache and the party's new leadership.

The latest bout of infighting mirrors splits in previous decades that similarly rocked the party, founded in the 1950s by former Nazis.

Reacting to the party's decision in a video posted on his Facebook page on Friday, Strache said he accepted that his party membership was "history".

Even though he had announced in October that he would undertake "a total withdrawal from politics and public life", he said on Friday that the support he had received in recent weeks "has led me to consider a political comeback in 2020".

On Thursday three FPOe city councillors in Vienna seen as sympathetic to Strache left the party to set up their own grouping, the Alliance for Austria.

There has been persistent speculation that Strache wants to take part in next year's municipal elections in the Austrian capital and he himself referred on Friday to "big, exciting challenges waiting for me in the coming year".