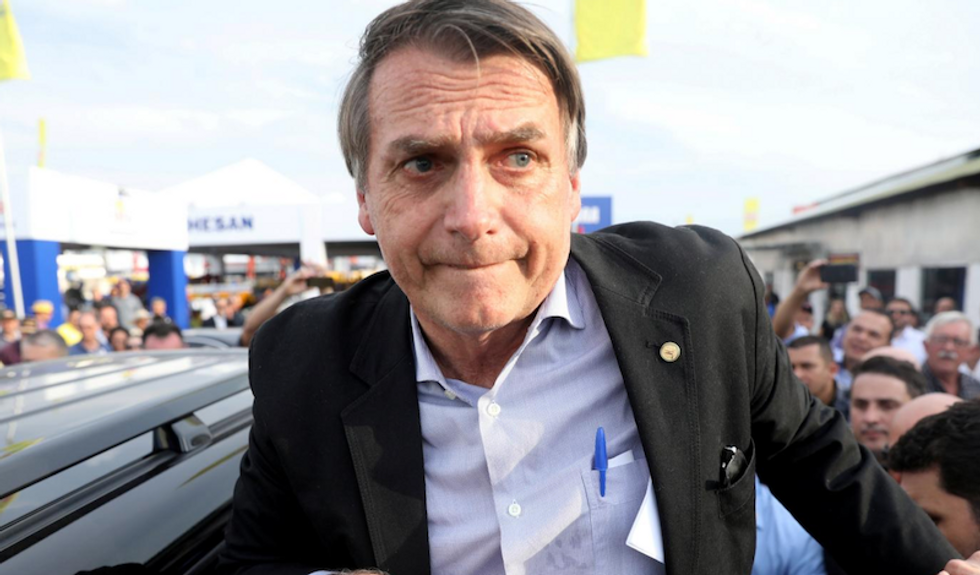 Brazilian President Jair Bolsonaro temporarily lost his memory after hitting his head in a fall at his official residence, he said in an interview on Tuesday.

The 64-year-old slipped Monday night in a bathroom at the Alvorada Palace, the latest health scare for the Brazilian leader who was wounded in a knife attack in September 2018 while campaigning for the presidency.

"At that moment I lost memory," he said of the fall.

"The following day, this morning, I managed to get back a lot of things and now I am fine," Bolsonaro said in a telephone interview with Band television.

"I didn't know, for example, what I did yesterday."

Bolsonaro spent the night at the Armed Forces Hospital in Brasilia under observation and was released Tuesday "with the recommendation that he rest," his office said in a statement.

A cranial CT scan detected no anomalies, the statement said.

"I slipped and fell on my back. It was a nasty enough blow but I'm going to take care of myself," Bolsonaro said in the interview.

His health has been a subject of concern ever since he became president on January 1.

He has undergone four surgeries to treat the stab wound to his abdomen, most recently in September.

Earlier this month, Bolsonaro said he had been examined for skin cancer.

"My health is fine," he told Band TV, but added "there are some consequences" of the stabbing.

"One adapts to this new reality. The knife wound together with age is a dangerous mixture," he said.

Earlier in the day, Bolsonaro tweeted passages from the Bible: "For if they fall, one will lift up his companion.

"But woe to him who is alone when he falls, for he has no one to help him up," he said, quoting Ecclesiastes.