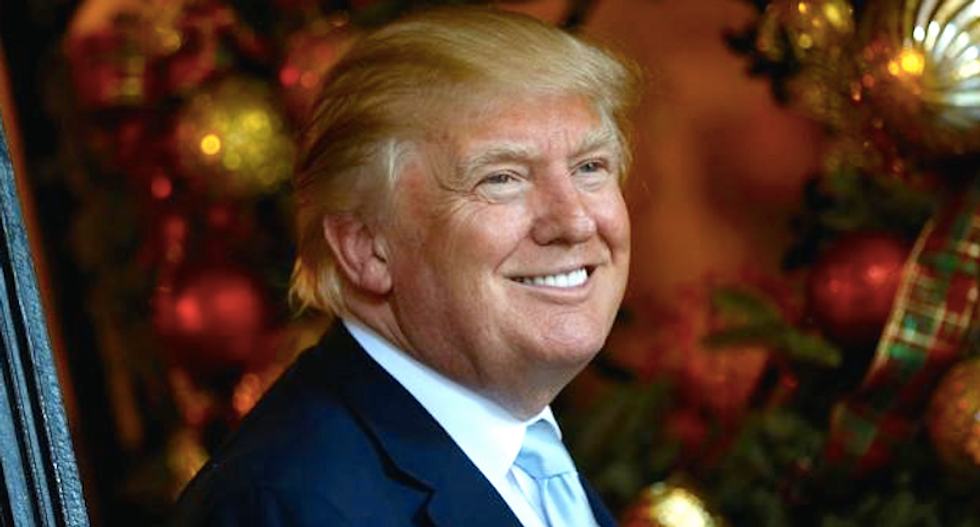 According to a report from the Wall Street Journal, the CEO of one of the country's largest manufacturers of artificial Christmas trees says they may be hard to find next holiday season because he can't project out his needs and costs due to China tariffs proposed by Donald Trump.

Speaking with Journal, Mac Harman, chief executive of Balsam Brands of Redwood City, California, stated he has been given a deadline of Dec, 20 by one of his Chinese manufacturers to place his order for next year, but has no idea whether Trump's 15% tariffs on consumer goods -- which include 'sChristmas decor -- will go into effect afterward.

“You never know what the next day or the next hour will bring,” Harman said of Trump's ongoing trade war. “We’ve been growing and creating jobs, but two months ago we stopped hiring because we have to assume the tariffs are going into place and we will no longer be growing.”

According to the CEO, the Christmas trees sold under his Balsam Hill brand are made only in China, and he expects $170 million in sales this year, up from $160 million in 2018. With possible tariffs hanging over his head, he looking at lower profit margins and a drop in sales, which is keeping him from increasing his U.S. staffing from 130 to 180.

“We have been growing as a company significantly, so just being flat would be down,” he said. “We’re going to have to raise prices, it’s going to cut demand.”

Harman is not the only one complaining about the tariffs and how they will impact Christmas next year, according to David French, vice president for governmental affairs for the National Retail Federation.

“Everyone is kind of living on the edge. I don’t think anyone has a lot of clarity, even inside the administration, of what will happen,” he explained.

“Who wants to place a tax on Christmas?” Lauer argued. “Increasing the cost of celebrating Christmas will simply hurt American families.”

For their part -- and regardless of manufacturer complaints -- the White House has pushed back, with White House spokesperson Judd Deere issuing a statement reading, "Americans elected Donald Trump because they were tired of excuses. President Trump is the first president to stand up to China and send a clear message that the United States will no longer tolerate unfair trade practices.”