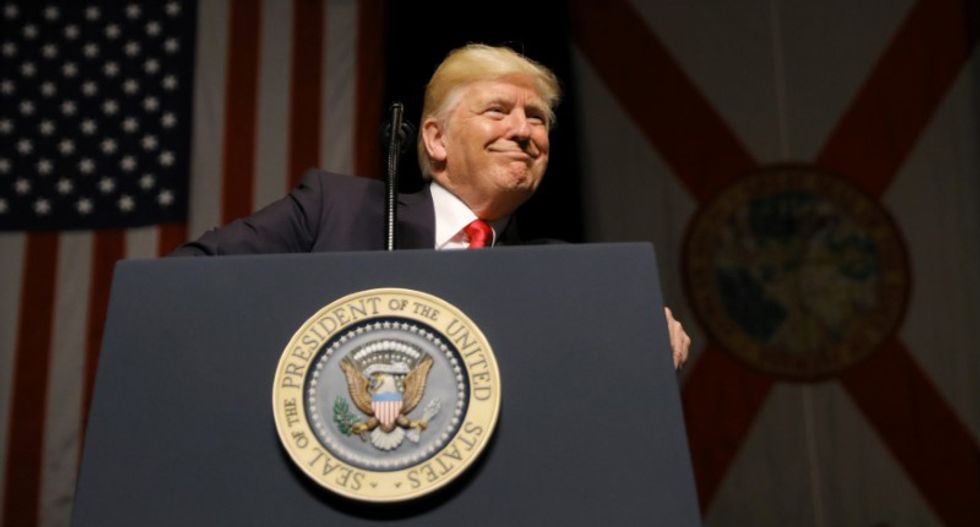 Five years ago this week, Washington and Havana surprised the world when they agreed to reopen diplomatic ties severed in 1961, but relations have since slid downhill as if on a fresh layer of Cold War ice.

President Miguel Diaz-Canel, who assumed power last year amid high hopes of reform, has in turn cracked down on dissidents.

Relations are at "a very low point" the top Cuban diplomat with responsibility for relations with the US, Carlos Fernandez de Cossio, told AFP.

And according to Fernandez de Cossio "they could get even worse," saying the Americans were pushing to weaken existing diplomatic ties until they were broken off.

"It's hard to imagine the relationship improving significantly unless the Cuban government takes real steps to allow dissenting voices, to respect the rights of its people, and to cease its malign activities in the region," said Carrie Filipetti, Deputy Assistant Secretary for Cuba and Venezuela at the SU State Department.

"There will continue to be costs for the Castro regime's violations of human rights, and our sanctions are helping to ensure that," Filipetti said in a written response to questions from AFP.

Ordinary Cubans like Odaydis Marante, 34, say the two countries are like "a couple who don't get along" as she walked across the aptly-named Square of Sighs in Havana.

The two countries "are always looking for one excuse or another to argue unnecessarily," she said.

Close to the US embassy, the square was a gathering place for people awaiting appointments for a US visa. The place is mostly deserted now, as the embassy's consular services have been shut down.

Washington has piled pressure on Cuba in recent months, cutting the amount US-based Cubans can send home in remittances, ending US cruise-ship stopovers in Havana, and imposing fines on oil deliveries from its key supplier Venezuela.

It's all a far cry from the optimism surrounding the historic December 17, 2014 agreement by US President Barack Obama and his Cuban counterpart Raul Castro to turn the page on more than five decades of Cold War and revive diplomatic ties.

AFP/File / Adalberto ROQUE The "Empress of the Seas" -- the last cruise ship from a US company to berth in a Cuban port following the new US sanctions, June 2019

Most analysts point to Trump's rise to the White House as the catalyst for the change.

Michael Shifter, president of the Washington-based Inter-American Dialogue, says there are three motives behind Trump's aggressive policy: Florida, where the votes of exiled Cubans could be decisive in the 2020 election, a "Cold War mentality" that seeks revenge for 60 years of Cuban socialism, and Havana's persistent support for Venezuela's socialist leader Nicolas Maduro.

But "the Cubans have their responsibility because they lost an opportunity when Obama opened up," as the ultra conservatives in the Communist Party put the brakes on what they saw as a too-rapid change.

"Instead they hardened their position, they closed more, they became more repressive because they felt threatened," said Shifter.

There were further signs of that tougher policy last Tuesday -- International Human Rights day -- when around a dozen journalists and Cuban militants said they were prevented by the police from leaving their homes, a tactic often used the authorities to control protests on symbolic dates.

"It's not just Trump's hostile policy that has led to a tougher response, internally, from the Cuban government. That had already begun before," says Alina Lopez Hernandez, researcher and editorialist for the online La Joven Cuba.

Inside the ruling Communist Party "conservative tendencies are naturally encouraged, and reinforced as the US government acts as it does now," she said.

Obtaining "real change" on the island, as Washington wants, "is difficult in these siege conditions."

A current point of friction is the case of well-known activist Jose Daniel Ferrer, imprisoned since October 1.

Leader of the Patriotic Union of Cuba (UNPACU), he is accused of what human rights activists say is a trumped-up case of assault.

The US chargee d'affaires in Havana, Mara Tekach, says Ferrer "is a political prisoner who is in grave danger."

Tekach has campaigned on social media for his release, which the official daily Granma -- the Communist Party mouthpiece -- has slammed as US "interference" in Cuban affairs.

The government has long accused Washington of financing the local, illegal opposition. It says that Tekach "personally directs" Ferrer, a claim the US refutes.

AFP / YAMIL LAGE A man wearing a shirt depicting the US flag in Havana, on December 12, 2019

"We summoned her and told her that Cuba will not allow the United States to intervene in the internal affairs of our country," said Fernandez de Cossio.

Esteban Morales, a specialist on US-Cuba relations, says he is "convinced this is an escalation" with a final objective in mind: "Trump will want to break off diplomatic relations".

"Diplomatic relations are almost a joke," Morales says. "There aren't any anyway."