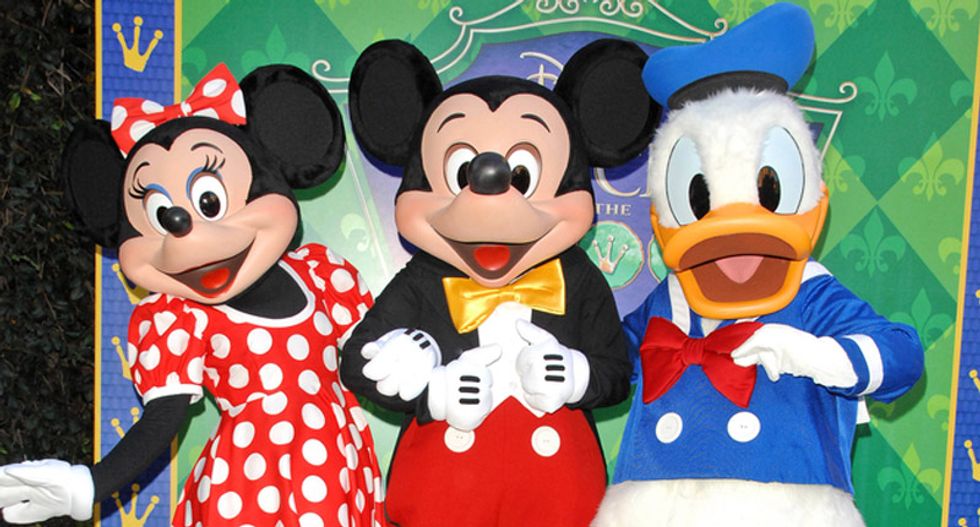 Visitors to Disney World have been groping and roughing up costumed characters.

One woman who works as Mickey Mouse at the Magic Kingdom was hospitalized after a woman patted her costume head, which made the character head slide down and strained her neck.

Another woman who portrays Minnie Mouse posed for photos Dec. 6 with a Minnesota man and his wife, and she gave the man a hug afterward.

The man then groped her chest, according to the sheriff's incident report, and the 61-year-old was identified through photos.

She declined to press charges against the man, who also was accused the day before of an unspecified "inappropriate interaction with a cast member."

The man, who is a Disney Vacation Club member, has been banned from all Disney World properties.

An 18-year-old woman who portrays Donald Duck said a woman in her 60s asked to kiss the character, and then began grabbing his arms, chest, belly and face.

That employee also declined to press charges, saying she believes the woman suffered from dementia.