Edward Snowden: If I came back to the US, I would likely die in prison for telling the truth 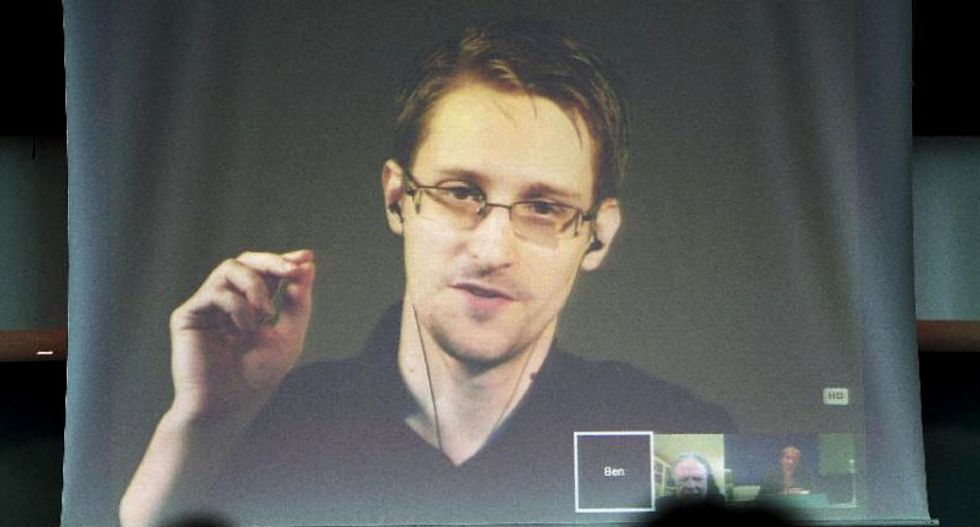 At Wednesday’s The Right Livelihood Awards, Amy Goodman interviewed Snowden in front of the award ceremony’s live audience via video link from Moscow.

Over the past four decades, it’s been given to grassroots leaders and activists around the globe—among them the world-famous NSA whistleblower Edward Snowden. At Wednesday’s gala, Amy Goodman interviewed Snowden in front of the award ceremony’s live audience via video link from Moscow, where he has lived in exile since leaking a trove of secret documents revealing the U.S. government’s had built an unprecedented mass surveillance system to spy on Americans and people around the world. After sharing the documents with reporters in 2013, Snowden was charged in the U.S. for violating the Espionage Act and other laws. As he attempted to flee from Hong Kong to Latin America, Snowden was stranded in Russia after the U.S. revoked his passport, and he has lived there ever since. Edward Snowden won the Right Livelihood Award in 2014, and accepted the award from Moscow.