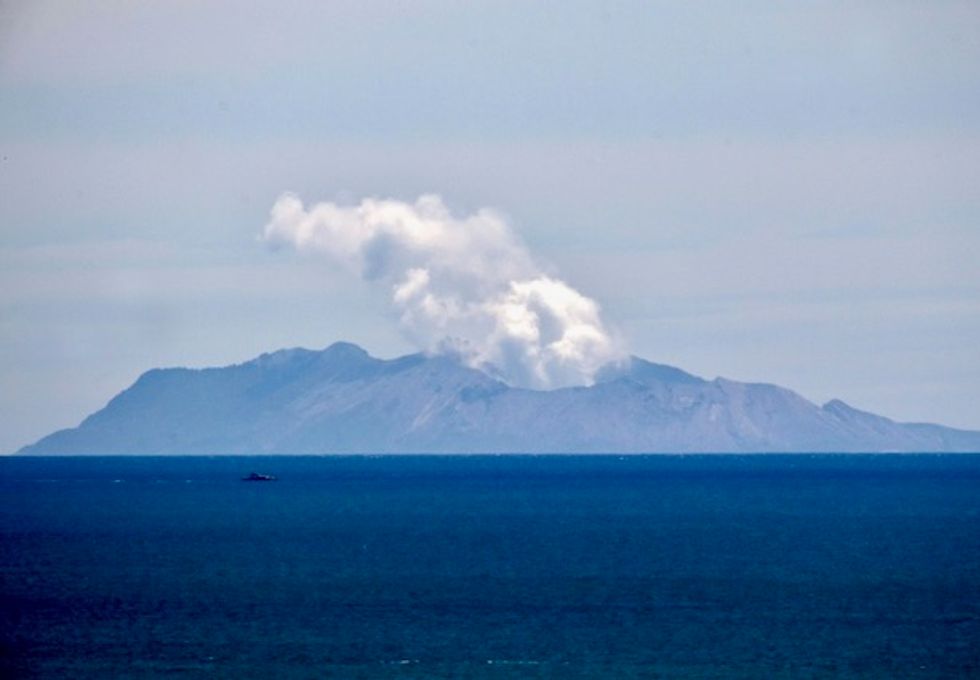 Fears of another eruption at the New Zealand volcano believed to have killed 15 people made it too dangerous for emergency teams to recover bodies, police said Wednesday, as doctors fought to save survivors who suffered horrific burns.

The official death toll after Monday's explosion on White Island stands at six, with police listing another nine as missing, up from the previous figure of eight.

Their bodies are thought to be on the island, but it remains too hazardous for rescuers to travel there, and for forensic pathologists, odontologists and other victim identification experts to begin their work.

"Every day that passes with those bodies unrecovered is a day of anguish for their loved ones... but right now, the science tells us that the risk is just too high," Civil Defence emergency director Sarah Stuart-Black said.

They said an extra 1.2 million square centimetres (1,300 square feet) of skin for grafts was being sent from Australia and the United States to treat burns victims.

When the volcano exploded it is believed to have sent superheated steam, ash and cannonball-like rocks hurtling from the caldera at supersonic speed.

Police Minister Stuart Nash said some injuries were so severe that victims could not identify themselves.

"There are a number of people in hospital who cannot communicate, they have significant burns not only to skin but internal organs," he told Radio New Zealand.

A total of 47 day-trippers and guides were on the island when the blast occurred, hailing from Australia, the United States, Britain, China, Germany, Malaysia and New Zealand.

Nash said the survivors were receiving world-class treatment but warned "there are still some very, very seriously injured people in hospital".

Australia says 13 of its citizens were being treated and 11 were unaccounted for.

Prime Minister Scott Morrison said three military aircraft with specialist medical crews had been dispatched to repatriate some of the survivors.

"This is a time of immense grief and great sorrow for everyone involved," he said.

Two Britons have also been confirmed as injured and Malaysia's High Commission on Wednesday confirmed one of its nationals was critically injured, in addition to one previously announced death.

Police have been cautious about identifying victims but late Wednesday released a list of nine people who were missing, including seven Australians and two New Zealanders.

A coronial process has begun to identify the six confirmed dead but police said it "can take some time".

Families of Australian victims expressed doubt they were made aware of the risks of visiting the island, where the volcano's threat level had been raised in the days before the eruption.

"I think if he knew there was a danger, he would haven't gone on it," said Brian Dallow, whose son Gavin was believed killed along with his 15-year-old stepdaughter Zoe Hosking.

Auckland Rescue Helicopter Trust/AFP / Handout The island in the picturesque Bay of Plenty attracts more than 17,000 visitors every year

Seismologists have predicted there is a 40-60 percent chance of another eruption on the island, which sits semi-submerged 50 kilometres (30 miles) out to sea.

Poisonous gases are still billowing from the volcanic vent and the island is blanketed in a thick layer of acidic ash.

"It would be madness for us to send men and women across to White Island in a situation that was not safe," Nash said.

With weather expected to deteriorate on Thursday, pressure is building to begin the recovery operation.

"We're assessing all factors every two or three hours to see if we can go," superintendent Bruce Bird told reporters.

Visitors at the time included a group of more than 30 from a Royal Caribbean cruise ship, the Ovation of the Seas, which left Sydney on a 12-day voyage last week with up to 4,000 passengers onboard.

The ship had delayed its departure from nearby Tauranga in the wake of the disaster but set off for Wellington early Wednesday morning, leaving a team to help those affected.

The island in the picturesque Bay of Plenty attracts more than 17,000 visitors every year and is marketed as an experience for the adventurous traveller.