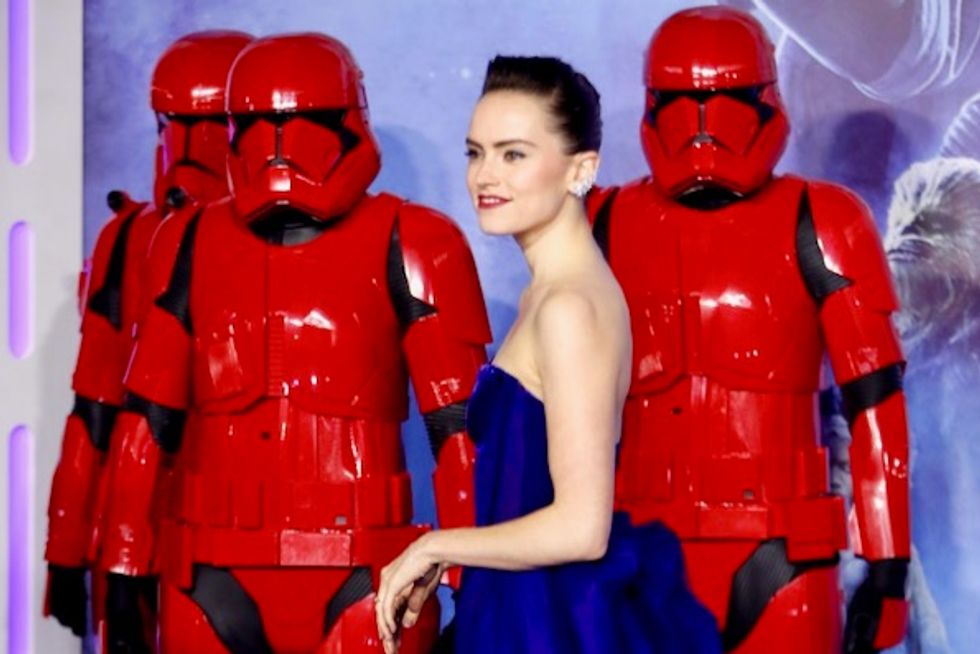 The force is clearly still with the galactic good guys, as "Star Wars: The Rise of Skywalker" opened with a massive estimated take of $175.5 million in North America, industry watcher Exhibitor Relations reported Sunday.

The Disney film scored the third biggest December debut ever, behind only the two earlier chapters in the "Star Wars" sequel trilogy, "The Force Awakens" and "The Last Jedi," according to Variety.

Its domestic take was nearly seven times that of the No. 2 movie, Sony's game-inspired "Jumanji: The Next Level," which booked $26.1 million for the Friday-through-Sunday period. It stars Jack Black, Dwayne ("The Rock") Johnson and Kevin Hart.

In third was another Disney product, "Frozen II," at $12.3 million. The animated film recounts the return to Arendelle and the magical animated world of Queen Elsa (voiced by Idina Menzel) and the gang.

Fourth place went to Universal's film adaptation of Andrew Lloyd Webber's "Cats," at $6.5 million. Tom Hooper, critically acclaimed for his work on "The King's Speech" and "The Danish Girl," directed the movie.

But despite an all-star cast including Ian McKellen, Judi Dench, Jennifer Hudson, Idris Elba and James Corden, the musical has received stunningly bad reviews (the Guardian called it a "dreadful hairball of woe," while for the Wall Street Journal it was "a confusing litter box of intentions").

In fifth spot was Lionsgate's droll murder mystery "Knives Out," at $6.1 million. Daniel Craig plays a Southern detective hired to unravel the bloody death of a wealthy patriarch.

Rounding out the top 10 were: