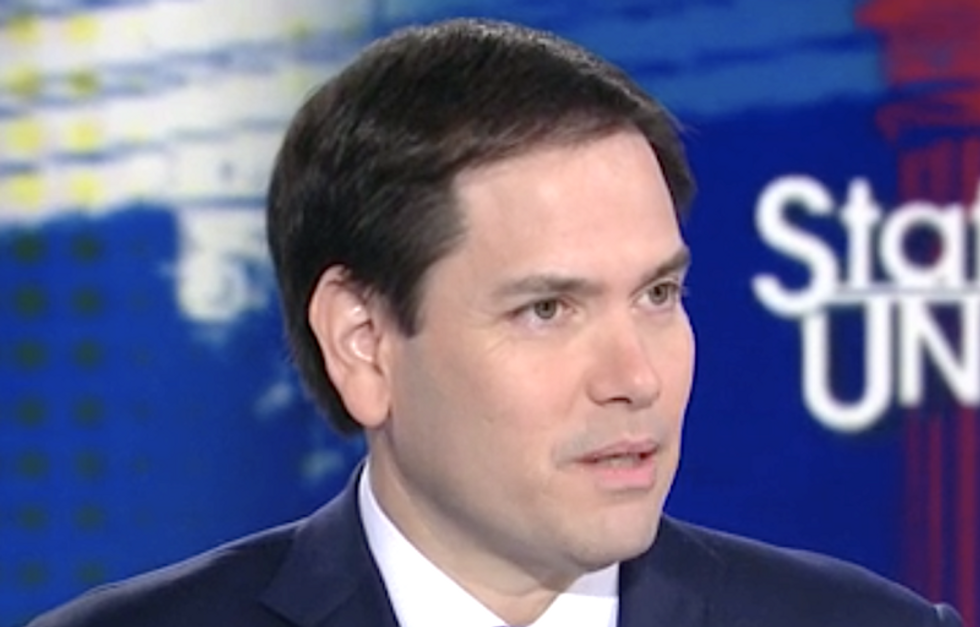 Fox News contributor Sara A. Carter posted an article to her personal blog this past Tuesday, where she pointed out that Marco Rubio (R-FL) said in a July CNN interview that he believed the FISA warrant to surveil Trump campaign adviser Carter Page was justified and did not amount to "spying" by the FBI, as many of President Trump's allies have claimed.

But the article, which simply cited Rubio's own words, triggered the Florida Republican so much that he went on a tweet storm this Friday morning, haranguing Carter on why she thinks the July interview is newsworthy.

"@SaraCarterDC that was over 17 MONTHS AGO not recently," Rubio tweeted. "I 'told' that to @CNN in July of 2018, almost a year & a half BEFORE anyone knew that an @FBI lawyer had altered emails & that agents misled the #FISA court. Curious why you would make it look like a recent statement?"

"Maybe this is all just an honest & careless mistake," Rubio continued. "But whether its innocent or deliberate posting a fake story & getting it onto newsfeeds by using twitter to drive traffic to the story is TEXTBOOK informational warfare."

Maybe this is all just an honest & careless mistake. But whether its innocent or deliberate posting a fake story &… https://t.co/dq5yZhxckE
— Marco Rubio (@Marco Rubio) 1577466669.0

"Use common sense!" Rubio exclaimed. "If I was defending @FBI lying to #FISA court AFTER report from IG came out wouldn’t every major news outlet report it? And why would a “story” try to make an interview from July 2018 look like it was a recent statement? #FakeNews doesn’t happen by accident."

In his next tweet, Rubio called on Carter to update her article to reflect that the interview was from July. To her credit, she obliged and added the following clarification to the top of her article:

"Clarification and Update: After a letter to the editor from Sen. Marco Rubio, SaraACarter.com would like to clarify that the Rubio interview was conducted by CNN on July, 22, 2018. Due to a staff writer error, it should have clarified the date of the interview and contained the word Flashback in the headline."

You can watch Rubio's July interview with Jake Tapper below: