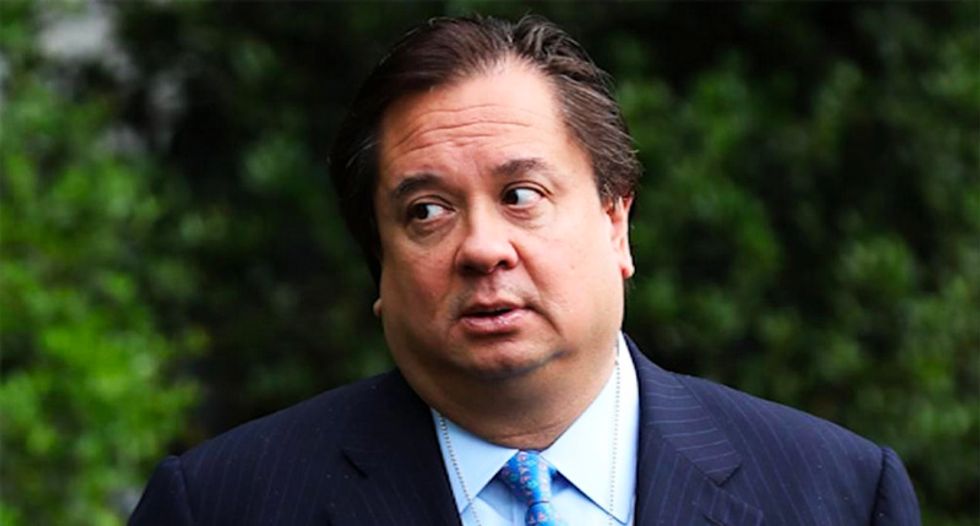 "Build that wall! Build that wall!" the chants echoed throughout President Donald Trump's campaign rallies in 2016. But Thursday, the New York Times reported that the actual building of the wall is slow-going.

Trump's signature campaign promise is running up against two big, well, walls. Earlier this month, a second federal judge blocked Trump from re-allocating Pentagon funds Congress passed in the federal budgets. The other major barrier is a community of farmers and ranchers on the border who are fighting Trump from taking their land.

Reuters reported this month that Trump's promise to build 450 miles of wall is falling short. In fact, it's falling embarrassingly short.

“Morgan said that 93 miles of wall had been built so far during the Trump administration. At least 90 miles of that replaced existing structures, according to CBP figures—although Morgan argued during the briefing that all barriers built under Trump should be considered ‘new.’” Republican lawyer George Conway quoted on Twitter.

The spouse of a top Trump aide mocked Trump for only managing to build three miles of wall in three years.

"THREE brand new miles of new wall in just THREE years!! No president has ever accomplished anything close!! Thank you, Mr. President!! Best president ever!! #MAGA #IMPOTUS" he ridiculed.