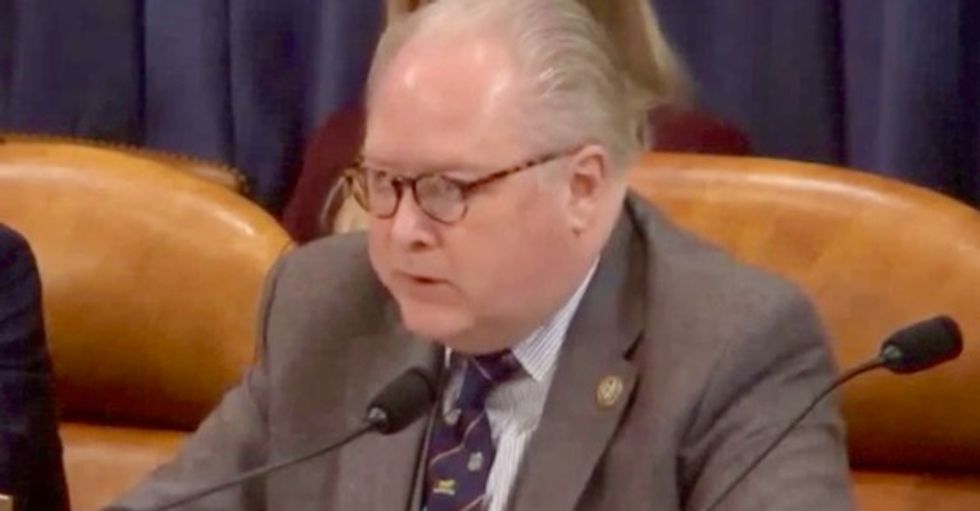 The GOP mass exodus is continuing. U.S. Rep. George Holding (R-NC) is among the latest Republican members of Congress to announce they will retire rather than seek re-election. For the 116th Congress, there are now 25 Republicans who have either quit or announced they will not seek re-election in 2020.

Congressman Holding, whose record includes opposition to the right of same-sex couples to marry and opposition to the Violence Against Women Act, announced he is retiring rather than running for re-election after a federal court forced the State of North Carolina to redraw its extremely gerrymandered congressional district maps. Holding would have been forced to run in a district that will be less Republican.

“It has also been gratifying to work for the ideals and values that I, like many other Americans, believe in," Holding said in a statement announcing his resignation, The Hill reports.

Axios adds that "Holding's decision to leave Congress is one of the first major impacts of North Carolina's new maps, which still favor Republicans in eight out of the state's 13 congressional seats."