‘History will point to their shameful moral stain’: Evangelical goes off on his own tribe in scathing editorial 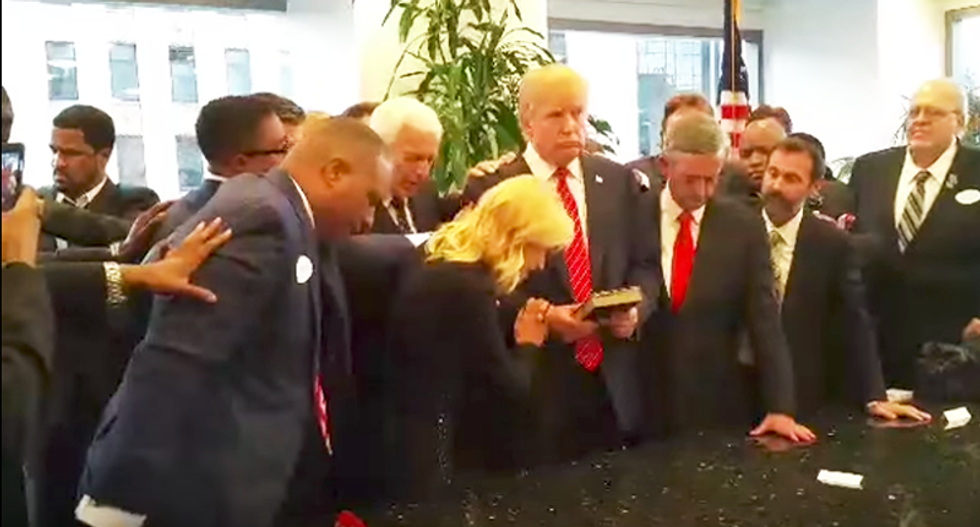 In a screed published in the Letters to the Editor section of the Chicago Sun-Times, Esther Nieves of Wicker Park, Chicago, slammed America's evangelicals for giving cover to a president who "attacks, vilifies, ridicules, mocks, taunts or lampoons any person (dead or alive) or any ethnic, racial or social group."

"Whatever Trump’s reasons (political expediency, bias, an above-the-law attitude, an out-of-control ego or simple bullying), Trump does not embody the teachings of Jesus Christ or, for that matter, any spiritual deity known to humankind, Nieves writes. "Trump is driven by a life of exorbitant privilege, an attitude of revenge-and-vanquish, and a drive to amass wealth by any means possible."

Raised as an evangelical Christian, Nieves says her family taught her how the teachings of Jesus were "centered on love, reconciliation, and compassion" -- principles that compel her to reject the "ill will and multiple layers of prejudice and divisiveness Donald Trump has wrought."

"What would Jesus do?" Nieves asks. "First, Jesus would not use Twitter to serve up daily doses of crude comments and hate-filled attacks on private citizens and public figures."

"History will point to the shameful moral stain of Evangelical Christian leaders and of congregations who succumbed to Trump’s shrewd hypocrisy. They will be depicted as having compromised their spiritual path, moral compass and prophetic voices to a charlatan. Let’s pray and work to change this reality, and to transform the nation into one of just, humane and equitable democratic principles and values."

"This is what Jesus would do," she concludes.


Frequently, the Iowa Republican will target an often-obscure part of the federal budget and complain about waste.