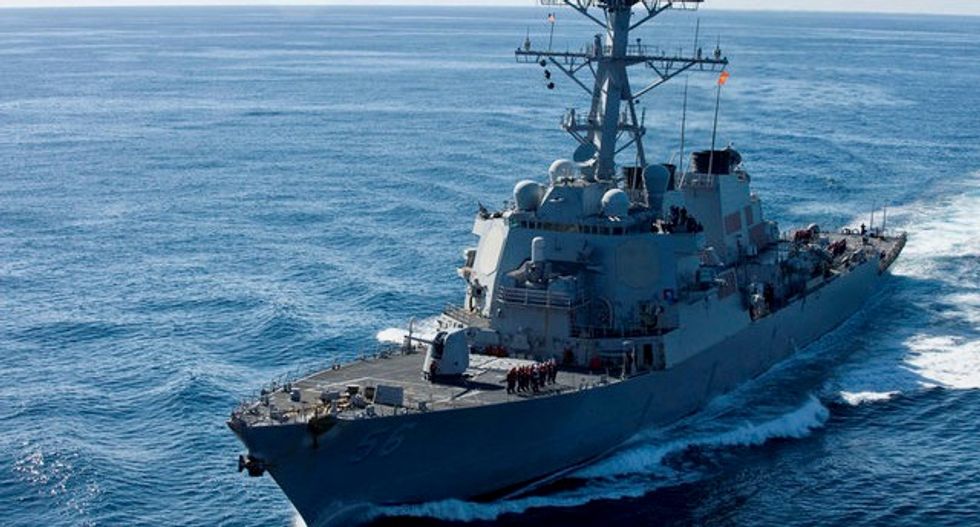 To see the complex navigation system aboard the USS John S. McCain is to wonder how any amount of training would have been enough for sailors to have been confident using it.

In the deadly 2017 crash of the USS John S. McCain, sailors needed to figure out the ship’s computerized navigation system to avert disaster, working through their confusion and fear to find solutions. They ultimately could not, and 10 sailors died.

Investigations done by the Navy and the National Transportation Safety Board produced thousands of pages of information and analysis, and the shared conclusion that the complex navigation system installed on the McCain a year before the crash had played a critical role in the fatal accident in the Pacific.

But the American public still had little way to understand how the navigation system was meant to work, and how it had so confounded the McCain’s sailors in what became the worst loss of life at sea for the Navy in 40 years.

And so ProPublica decided to, in effect, construct a version of the navigation system’s control board. In consultation with experts, and using a mix of program manuals and photographs, we built a 3D replica of the array of dials, gauges and digital readouts that were displayed to the McCain’s crew in the desperate minutes before the destroyer struck an oil tanker off the coast of Singapore.

The model makes clear how easy it is to miss a critical setting, like which navigation station was in control of steering or whether the ship’s two engines were operating together or independently.

Indeed, to stare at the system’s design is to wonder how any amount of training could have been adequate.

Under normal circumstances, sailors manning the ship’s steering and thrust controls are often the least experienced members of the crew. That the sailors on the destroyers outfitted with the system were shortchanged in training makes the crash feel even less surprising.

ProPublica’s creation could provide insight to Congress. The McCain crash was one of a number of fatal embarrassments in recent years that has had members of the Senate’s Armed Services Committee wondering if the Navy truly had a handle on its problems with training and its state of preparedness for conflict.

Here’s how we built our model:

To show exactly how difficult it was to navigate and steer the McCain, ProPublica hired a 3D modeler to recreate the physical helm and lee helm stations of the McCain in detail. The interface of the two stations was also reconstructed using the Navy’s technical manual, as well as dozens of U.S. Navy photographs and videos ProPublica found online from similar Navy vessels.

In this, we faced a similar challenge as that of the sailors: The Navy’s technical documentation and training materials was often inadequate. For instance, the Navy’s manual does not fully describe how to split steering and thrust between two different control stations in backup mode, as happened on the McCain. Nor does it make any mention of a button that needs to be checked to ensure that the McCain’s two shafts work together, known as ganging. Additionally, both the physical console and software versions of the system varied from ship to ship. We interviewed a former Navy technician and a McCain watchstander to understand the specific menu interactions and whether dozens of digital buttons would have been on or off, and what the sailors on the bridge of the McCain would have seen. We sought to reflect as many known ship parameters as possible leading up to the collision, but many parameters are unknown; for example, we have estimated the ship heading from the McCain's recorded course.

To show how confusing the touch-screen interface was, ProPublica also created additional illustrations to break down and animate for the reader exactly how the digital dials and buttons of the McCain were meant to work, and how the sailors interacted with them instead.

Finally, to show approximately how the McCain crashed into the Alnic MC, ProPublica created an interactive graphic illustrating the two ships using data embedded in an animation released by the NTSB. That animation showed the speed, course and turn of both ships in the minutes before and during their collision. ProPublica transcribed these variables at every 10 seconds of the animation and extrapolated the positions of the ships between them.

by Agnes Chang and Al Shaw