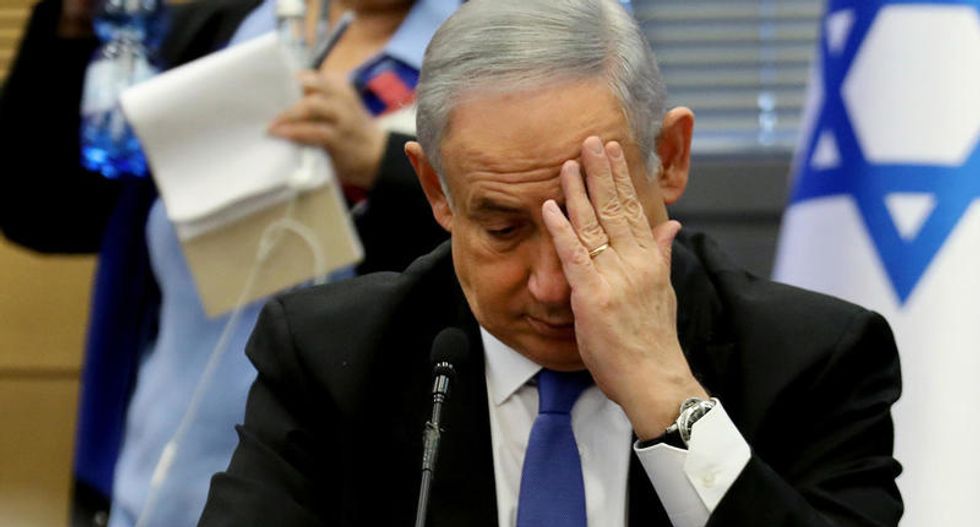 Embattled Israeli Prime Minister Benjamin Netanyahu, facing criminal charges and a new general election, will resign from all other ministerial positions he holds but remain premier, his lawyers said Thursday.

The announcement to the supreme court came the same morning as parliament dissolved itself and set a date for a new election, the third within a year.

The court had received a petition from the Movement for Quality of Government in Israel (MQG) demanding that Netanyahu, who is also minister of agriculture, diaspora, health and welfare, step down from all his positions in light of his indictments.

Israeli law stipulates that ministers facing criminal charges resign, but has no such provision for prime ministers.

Following the petition, Mandelblit said that while Netanyahu could not be forced to resign as premier, the issue of his ministerial positions would be addressed later.

In the Thursday submission to the court, Netanyahu's legal team said: "He will cease being a minister by January 1, 2020 and appoint other ministers instead.

The MQG said Netanyahu's intention to resign as minister "was not enough," describing his continued premiership "a terrible shame on Israel".

"Netanyahu should fight for his innocence as a private person and not from the prime minister's office," the NGO said in a statement.

Netanyahu protests his innocence, accusing the state prosecution and media of a witch-hunt.

He has yet to announce whether he will seek immunity from prosecution -- a parliamentary process complicated by the short life of the current parliament.

A new election was called for March 2, after neither Netanyahu nor his centrist rival Benny Gantz managed to form a majority coalition following the September vote.