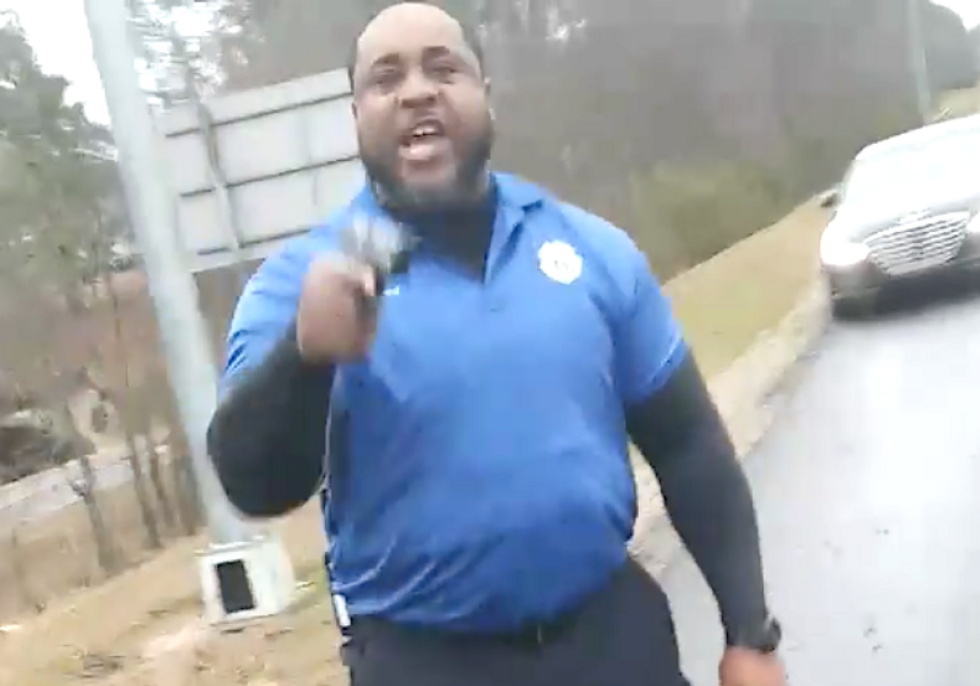 A video is circulating social media showing a road rage incident in Alabama this past weekend, showing what seems to have started out as a politically charged confrontation, with at least one of the participants brandishing a handgun.

In the video uploaded to Facebook by Shane Sudduth, he can be seen arguing with a black man holding handgun, who called him a "redneck with a Trump hat."

At one point during the video, Suddeth briefly approaches the man, only to have the man point the gun directly at him. "B*tch, don't walk up on me!" the man warns.

During the video, the man accuses Suddeth of pulling his gun first during the confrontation.

According to police, both the men went their separate ways after the incident without filing police reports.

"On Saturday December 21 at approximately 3:00pm, the Bessemer Police Department responded to I59/20 on a call of a fight/accident," a police statement read, according to WVTM13. "Once on scene officers and a supervisor spoke with the involved parties and witnesses. Officers gave the involved parties the opportunity to file police reports. Neither party wished to file a report and all decided to go their separate ways."