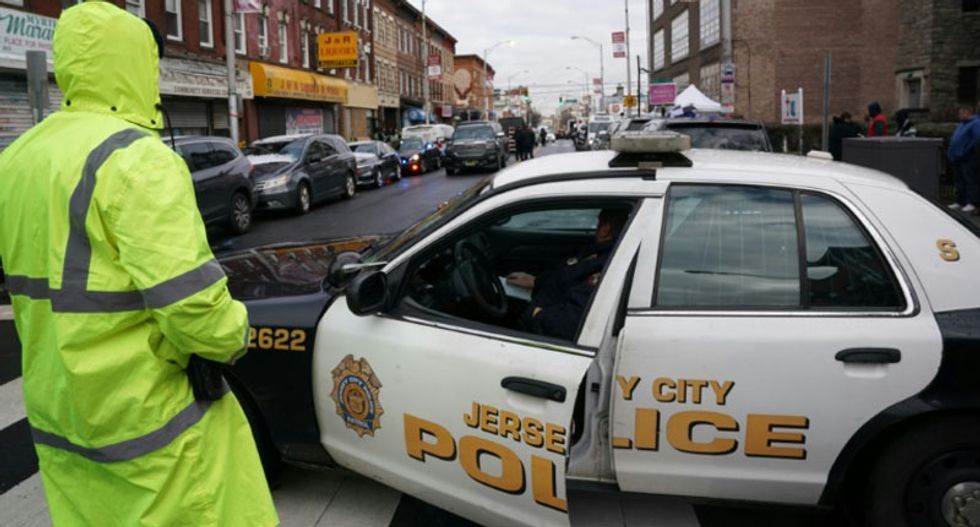 A recent shooting at a kosher deli in a New York suburb was fueled by "anti-Semitism" and a hatred of police, New Jersey Attorney General Gurbir Grewal said Thursday.

"We believe the suspects held views that reflected hatred of Jewish people as well as hatred of law enforcement officers," he told journalists.

On Thursday Grewal also said authorities had evidence that the suspects had expressed interest in the fringe Black Hebrew Israelite movement, which has voiced hostility toward Jewish people.

The now-deceased suspects -- identified as David Anderson, 47, and Francine Graham, 50, who reportedly lived together -- shot dead a police officer at a cemetery near a kosher market before storming the deli, killing two customers and a cashier before they died in a hail of police gunfire.

"I can confirm that we're investigating this matter of potential acts of domestic terrorism fueled both by anti-Semitism and anti-law enforcement beliefs," Grewal said.

He said all three of the people killed in the store -- two of them members of the area's Hasidic community -- were shot within minutes of the gunmen entering the store.

A fourth person was wounded by gunshot but escaped the deli.