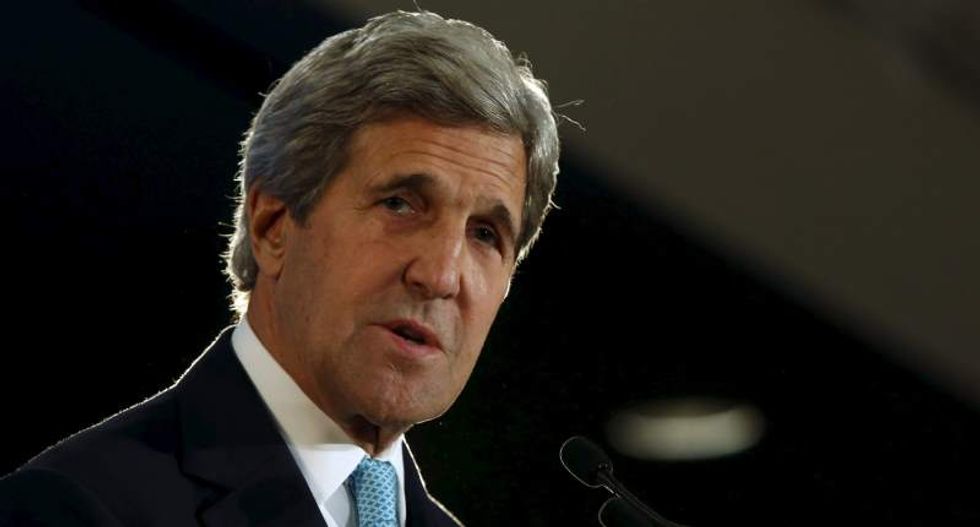 Secretary of State John Kerry delivers remarks on trade at an event with the Pacific Council on International Policy in Los Angeles, on April 12, 2016. (Reuters/Jonathan Ernst)

Former US secretary of state John Kerry said Sunday that he had formed a cross-party, celebrity-studded coalition to take on the cause of climate change and confront it "like a war."

The initiative's launch coincides with the opening Monday of the COP25 international climate talks in Madrid, where the US administration of Donald Trump will be represented only by a low-level delegation.

Trump has begun the process of withdrawing the US from the Paris climate agreement signed by nearly every other country, calling global warming a "hoax."

In contrast, Kerry told NBC's "Meet the Press" that climate change poses "an international security issue" requiring the equivalent of a wartime mobilization.

Kerry, a Democrat, appeared Sunday with another member, Arnold Schwarzenegger, the actor and Republican former governor of California.

Without specifically referring to Trump or the COP25 talks, Kerry said that "no country is getting the job done."

"Things are getting worse, not better. So we have our unlikely allies coming together here... to treat this like a war."

The United Nations warned last week that barring an immediate, dramatic decline in fossil fuel emissions, the world will be unable to avert climate disaster.

The US is the world's second largest polluter, after China, and carbon emissions from the two countries are growing, not declining.

Schwarzenegger disputed that conclusion, saying California had provided "perfect proof you can protect the environment and economy at the same time" with the development of "green" jobs.

The Kerry group is planning to hold town meetings across the US -- including states seen as key to next year's presidential election -- with the goal of reaching millions of Americans and persuading climate skeptics.

It will not advocate any specific climate policies.