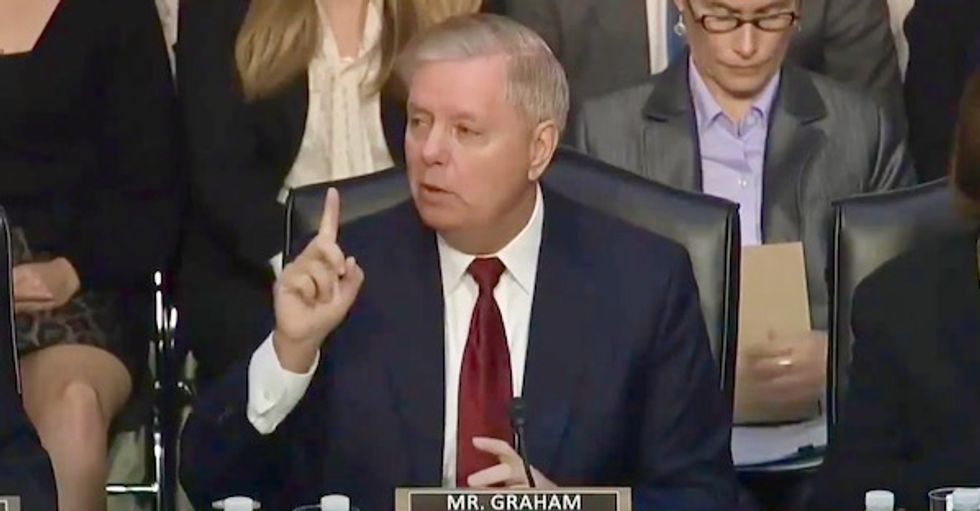 Senate Judiciary Chairman Lindsey Graham exploded in anger as he questioned Inspector General Michael Horowitz, demanding to know why the FBI did not notify then-candidate Donald Trump and his campaign in 2016 that they were the subjects of a counterintelligence investigation to determine how Russia was attacking the U.S. and if any members of the Trump campaign were involved.

Chairman Graham appeared to ignore all the signs that Donald Trump and his campaign may have been conspiring with Russia to win the 2016 presidential election, including Trump’s infamous “Russia, if you’re listening” remarks.

The FBI “never made any effort to brief Donald Trump about suspected problems within his campaign,” Graham lamented, again, ignoring the FBI was working to determine if Trump or anyone else was colluding with Russia.

The FBI did warn the Trump campaign Russia was working to undermine the election. Trump appears to have taken that warning as an invitation to an opportunity to win the election rather than to protect the nation.

“Why did they not tell him that” people like Carter Page and George Papadopoulos might be working wirh Russia, Graham asked.

Graham later says, “I hope all of us would appreciate if you really believe there may be somebody in my campaign working with a foreign power, please tell me. Why didn’t they tell Trump?”

Again, the FBI likely had reason to suspect Trump was that somebody.