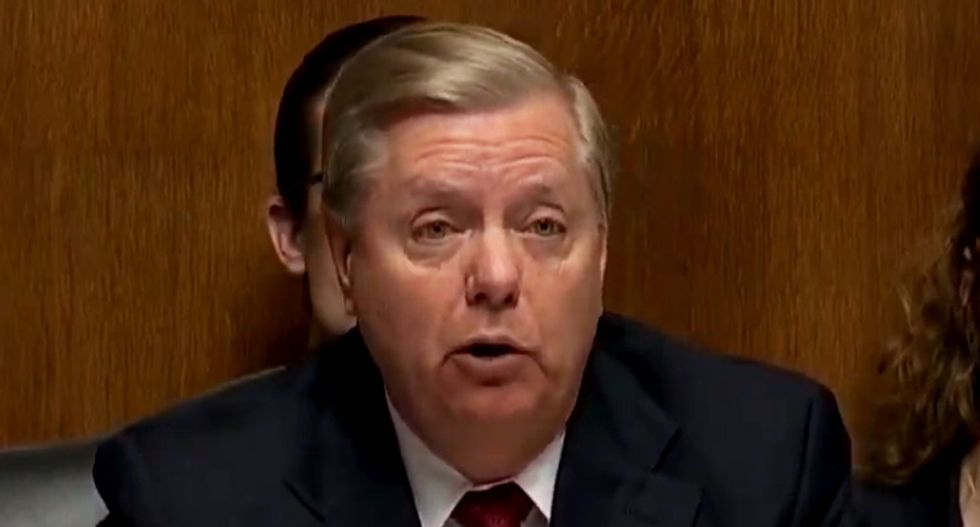 Even though Sen. Lindsey Graham (R-SC) spent much of his opening statement defending President Donald Trump, he did briefly take some time to swat down one of the president's favorite conspiracy theories.

In his opening statement, Graham shot down the conspiracy theory that the Ukrainian government interfered in the 2016 presidential election by hacking the Democratic National Committee's emails and then hiding the DNC server somewhere in Ukraine.

"It was the Russians, ladies and gentleman, who stole the Democratic National Committee emails, Podesta's emails, and screwed around with Hillary Clinton," Graham said. "It wasn't the Ukrainians. it was the Russians. And they're coming after us again."

During his infamous phone call with Ukrainian President Volodymyr Zelensky, Trump endorsed this conspiracy theory when he said that he'd heard that Ukraine was in possession of the DNC server, and he encouraged Zelensky to "look into" it, along with investigating former Vice President Joe Biden.