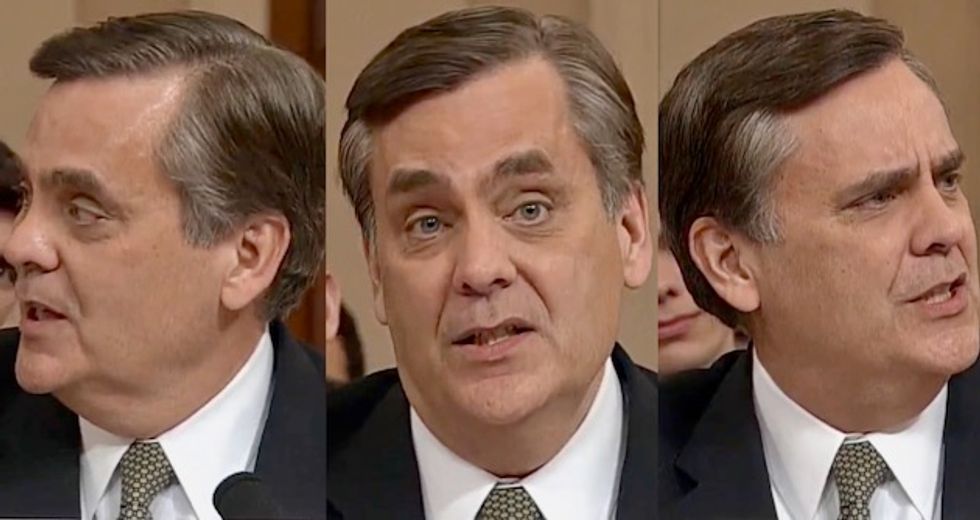 George Washington University Law School Law professor Jonathan Turley was the GOP's only witness during Wednesday's Judiciary Committee impeachment hearings, and based on the reactions of legal experts, it did not go well for him or the Republicans.

Professor Turley made many claims, with MSNBC hosts at one point declaring what he was really doing was offering new amendments to the U.S. Constitution, suggesting his arguments against impeaching President Trump did not hold up.

CNN National Security and Legal Analyst Susan Hennessey is calling Turley's claims "nonsense," and says Democrats should turn their attention to him to "demolish" his arguments.

Hennessey, who is also the Executive Editor at the highly-respected Lawfare blog, goes on to say, "Turley is literally just making things up right now."

Turley had argued that House Democrats were guilty of abuse of power for attempting to impeach Trump for using the courts as a shield to refuse to hand over any subpoenaed materials and to block key witnesses from testifying.

She was not yet finished, accusing Turley of engaging in "a tap dancing exercise in intellectual dishonesty."