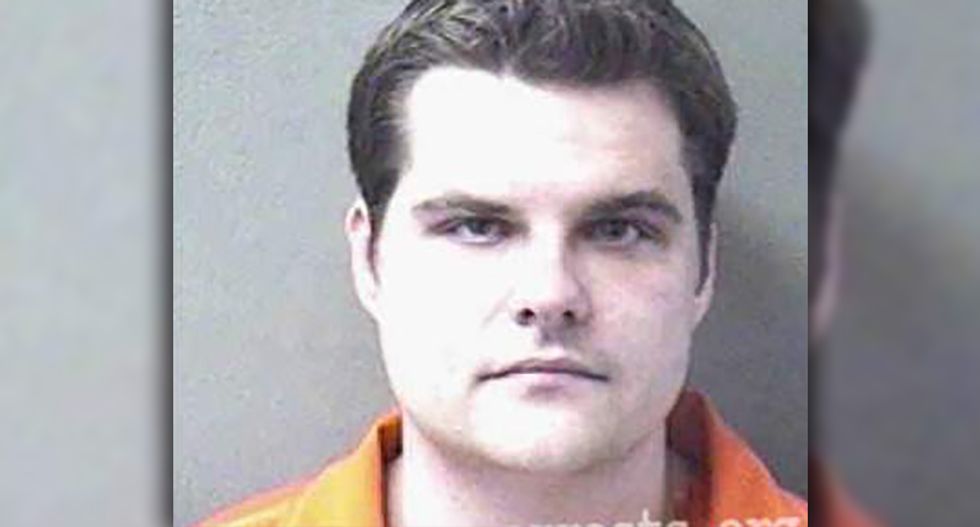 Rep. Matt Gaetz (R-FL) probably isn't the best person to make an argument against driving under the influence given his own arrests. Even Rep Hank Johnson (D-GA) cautioned against "the pot calling the kettle black," during the Thursday House Judiciary Committee hearing.

Gaetz was arrested for a DUI in 2008 on suspicion of a DUI after he refused a field sobriety test and a breathalyzer test. Just two years later he was elected to the Florida state legislature and by 2016 he was in Congress. 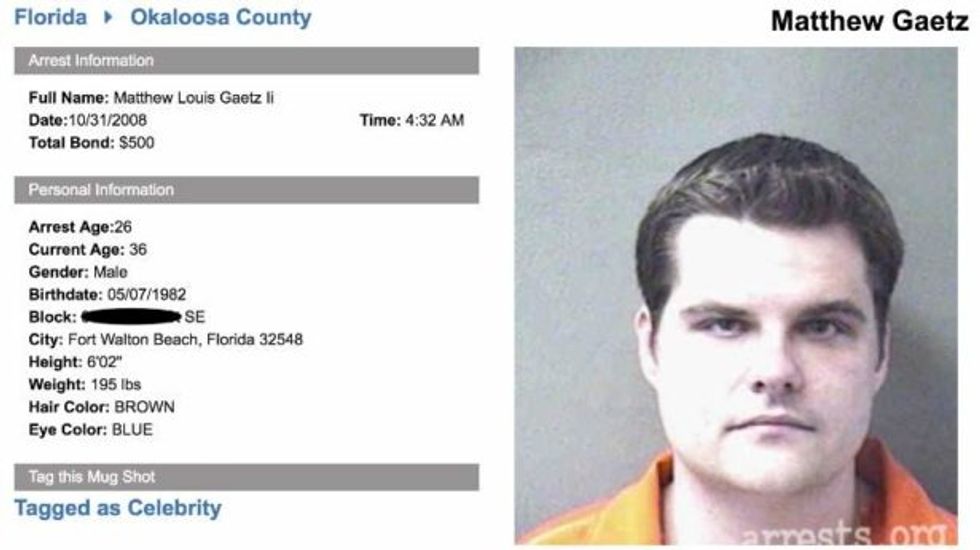 According to the arrest report, Gaetz was driving home from a nightclub when he was pulled over for driving 48 in a 35 mile-per-hour zone, the Tampa Bay Times reported. He was driving a BMW that belonged to his father, state Sen. Don Gaetz. The case was subsequently dropped.

He ultimately seemed to admit to the allegation years later.

"I'm of the view that that is part of who I am," said the Fort Walton Beach Republican, who in 2016 will seek the seat now held by his father, Senate President Don Gaetz. "I made bad decisions that resulted in an arrest, and that is sort of something that we all live with."

It was something the internet cautioned should probably be addressed by anyone other than Gaetz if they're going to somehow go after the former vice president's son for drug use.

Hank Johnson just dragged Matt Gaetz all the way out to the sidewalk. What a time to be alive. #impeachmentdebate https://t.co/QPfcGuNnqw
— Jean Dunn 🐈 (@Jean Dunn 🐈)1576171879.0

@atrupar Gaetz was 26, driving from a nightclub in BMW REGISTERED to his Dad, then-Florida Sen. Don Gaetz.  With wa… https://t.co/UfwSYIhjrJ
— AboveAvgJoe (@AboveAvgJoe)1576171912.0

This Wednesday, the U.S. Court of Appeals for the Sixth Circuit upheld an Ohio law prohibiting abortions if doctors know the reason is because the fetus has been diagnosed with Down Syndrome. According to the court's conservative judges, the law is justified because it seeks to combat eugenics by protecting disabled fetuses.

"To get around precedent, the Sixth Circuit drew heavily from Justice Clarence Thomas' 2019 solo opinion in Box v. Planned Parenthood, which decried abortion as a 'tool of modern-day eugenics.' A lower court's heavily reliance on a lone concurring opinion may seem odd. But, in an article published in the Harvard Law Review just two days before the Sixth Circuit's ruling, New York University Law Professor Melissa Murray presciently anticipated Thomas' impact on anti-abortion jurisprudence. By tethering abortion to the eugenics movement, Murray wrote, Thomas had not just provided a justification for 'trait-selection laws,' but laid the groundwork for overruling Roe and Casey on the grounds that they are tainted by discrimination," writes Slate's Mark Joseph Stein.

Rep. Jim Jordan (R-OH) was ridiculed on Thursday after he ranted at Dr. Anthony Fauci.

"And I'm asking what measures have to be obtained before Americans get their First Amendment liberties back," Jordan said to Fauci.

CHICAGO — Hours before city officials plan to release video of a police officer shooting 13-year-old Adam Toledo, Mayor Lori Lightfoot on Thursday asked Chicago residents to withhold judgment on the shooting and again called for peace. The mayor choked back tears as she discussed the city’s endemic gun violence, saying, “We can’t have that be what young people experience in our city.” “Simply put, we failed Adam,” she said during a City Hall news conference. Lightfoot recounted how, two weeks ago, “a tragedy occurred that left a child dead, a mother in mourning and a family in crisis.” “I have...