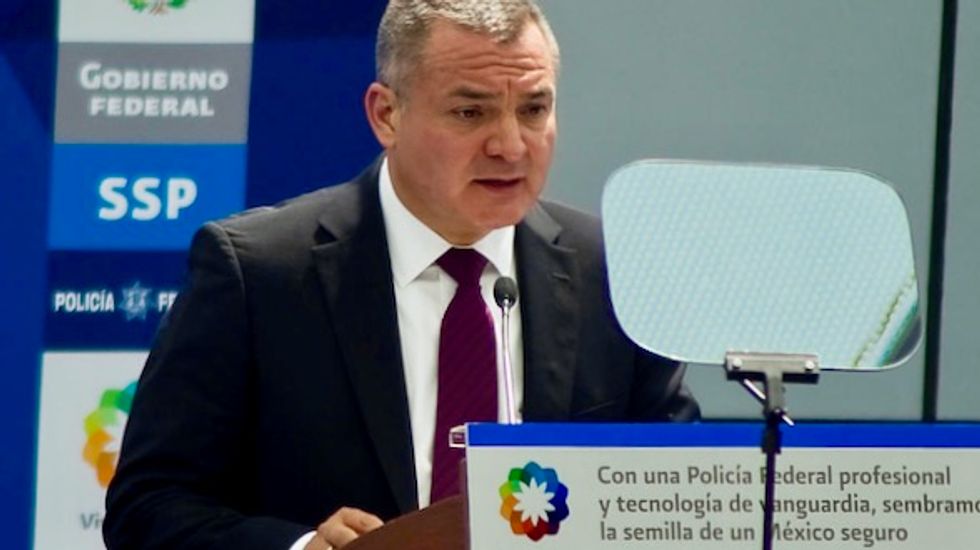 Mexico's ex-public security chief has been arrested in Texas on charges of receiving millions of dollars in bribes to help notorious cartel kingpin "El Chapo" ship tons of drugs into the US, officials said Tuesday.

Genaro Garcia Luna, who was Mexico's secretary of public security from 2006 to 2012, was taken into custody Monday in Dallas, prosecutors in New York said.

An indictment unsealed on Tuesday in court in Brooklyn charges the 52-year-old Garcia Luna with cocaine trafficking conspiracy and making false statements.

At the time, Garcia Luna denied the allegations by Jesus "Rey" Zambada, calling them "lies, defamation and perjury."

He is alleged to have protected the Sinaloa cartel's cocaine trafficking operations from 2001 to 2012, using his positions in law enforcement to enable it to operation "with impunity" in Mexico.

He headed the federal investigative agency in Mexico tasked with fighting drug trafficking and corruption from 2001 to 2005.

He then moved up to the post of secretary of public security, which controls the Federal Police, serving until 2012.

If found guilty by a US jury, he faces a minimum of 10 years in prison and a maximum of life in prison.

Guzman was sentenced in July to life in prison after a three-month trial in New York.

Prosecutors said Garcia Luna, who moved to Florida in 2012, has amassed a personal fortune worth millions of dollars.

They said he lied about his past criminal activity in applying for US citizenship.