Pelosi is doing what no one else had the guts to do: Making Trump squirm 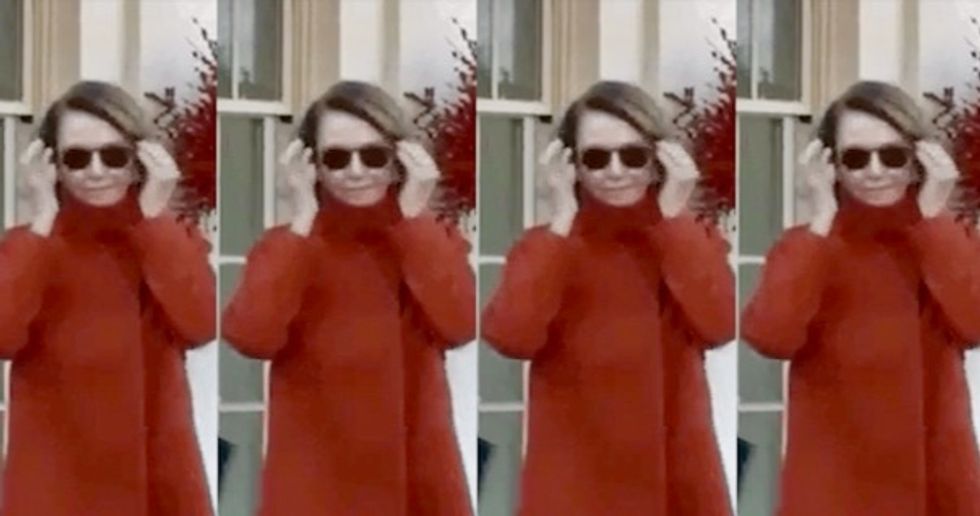 House Speaker Nancy Pelosi has managed to accomplish what no one else has even tried in the past three years: sticking it right back to Trump.

Knowing full well that Trump's expectation is a swift "total and complete exoneration" following the impending Senate trial, Pelosi appears to be taking her time. Her refusal to transmit the two articles of impeachment to the Senate has systematically taken away the president's power. And it's seriously getting to him.

Trump spent the Christmas holiday obsessing over Pelosi. He tweeted, "Why should Crazy Nancy Pelosi, just because she has a slight majority in the House, be allowed to Impeach the President of the United States? Got ZERO Republican votes, there was no crime, the call with Ukraine was perfect, with 'no pressure.'"

Adding, "She said it must be 'bipartisan & overwhelming,' but this Scam Impeachment was neither. Also, very unfair with no Due Process, proper representation, or witnesses. Now Pelosi is demanding everything the Republicans weren't allowed to have in the House. Dems want to run majority Republican Senate. Hypocrites!"

"'Nancy Pelosi has no leverage over the Senate," Trump further tweeted. "Mitch McConnell did not nose his way into the impeachment process in the House, and she has no standing in the Senate.' Brad Blakeman. Crazy Nancy should clean up her filthy dirty District & help the homeless there. A primary for N?"

Brad Blakeman “I happen to believe as a lawyer that the charges are defective, they don’t meet the Constitutional s… https://t.co/2dJzuyzR4J
— Donald J. Trump (@Donald J. Trump) 1577364139.0

In an unprecedented move, Pelosi is jockeying to hold out on Senate Majority Leader Mitch McConnell until he guarantees a fair and impartial trial. All things considered, that might not even happen anyway.

McConnell has said it's "fine with me" if Democrats never send the charges to the Senate.

So interesting to see Nancy Pelosi demanding fairness from @senatemajldr McConnell when she presided over the most… https://t.co/vaU9lB2myA
— Donald J. Trump (@Donald J. Trump) 1577479412.0

.@SpeakerPelosi has more courage in 1 strand of hair than @senatemajldr #MoscowMitch #McConnell has in his entire b… https://t.co/cBNA0TsRUC
— Andy Ostroy (@Andy Ostroy) 1576939788.0

The facts are clear and every witness told the same story, despite the President’s attempts to cover it up. Preside… https://t.co/U3NNHprr0S
— Nancy Pelosi (@Nancy Pelosi) 1577461283.0

This was a historic week in the House of Representatives. Here are a few moments that stand out: https://t.co/aALVvS7Nw7
— Nancy Pelosi (@Nancy Pelosi) 1576974170.0