'Someone has a nuclear weapon': Ukraine leader ridicules Russian TV for scrapping his comedy show 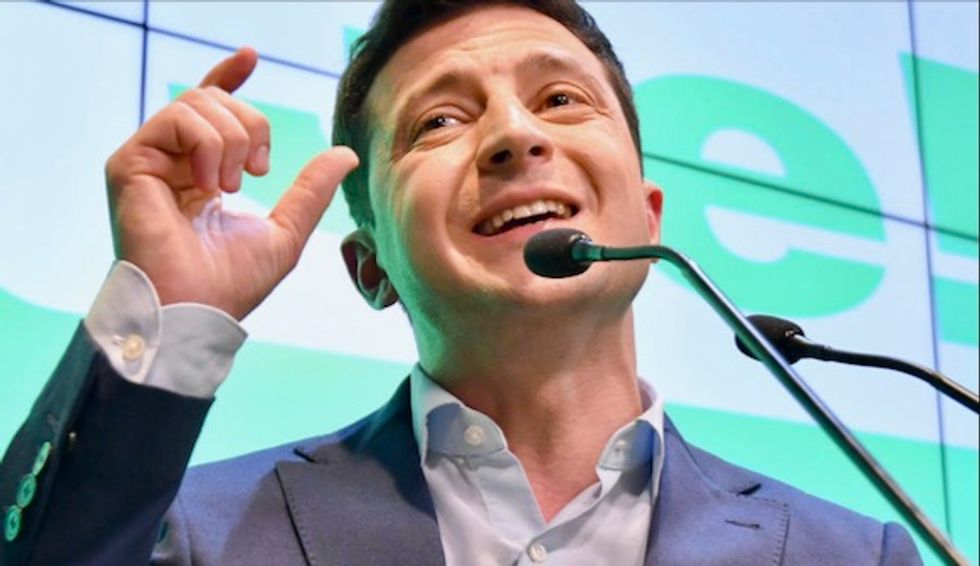 Ukraine's leader Volodymyr Zelensky has ridiculed a Russian TV channel for abruptly cancelling his popular comedy series after one evening, saying the show had its impact on "someone with a nuclear weapon."

Zelensky's "Servant of the People" premiered in Russia on Wednesday evening after a high-profile summit with Zelensky and Russian President Vladimir Putin.

But entertainment channel TNT, owned by Russian gas giant Gazprom, on Thursday said it would no longer air the series.

"I am very sorry," the show was scrapped, Zelensky said during a late-night talk show appearance on Thursday evening.

"You know, someone has a nuclear weapon, and someone has Servant of the People," the former comedian said, hinting at the protracted conflict between Ukraine and its former Soviet master Russia.

"They showed two episodes, and now all the people who had the opportunity to watch these two episodes will definitely watch (the rest) on YouTube," he said.

Servant of the People premiered in Ukraine in 2015 starring Zelensky as Vasyl Goloborodko, a history teacher who suddenly becomes president, roots out corruption, and takes on powerful oligarchs.

Zelensky, 41, was inaugurated in May after winning the election over incumbent Petro Poroshenko, capitalizing on Ukrainians' despair over mainstream politics, the ongoing war with Kremlin-backed separatists and corruption.