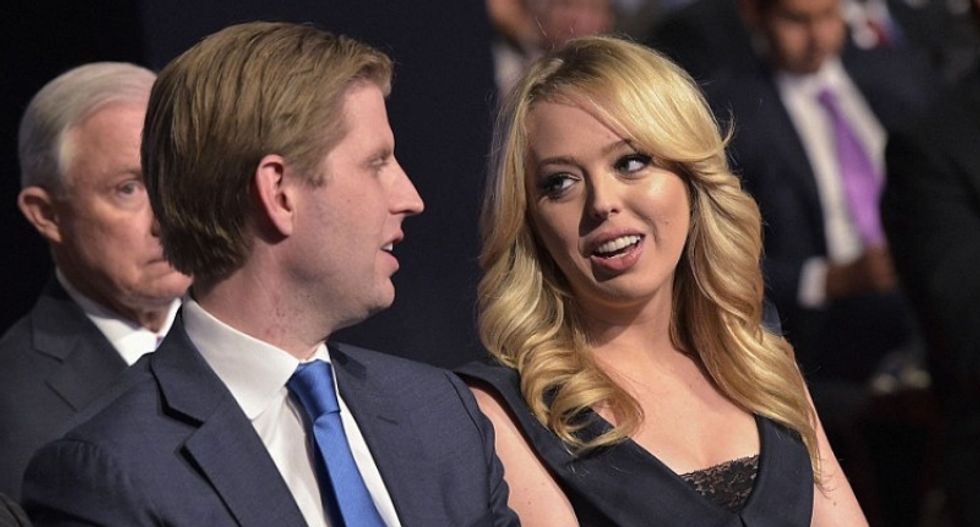 According to a new profile in The Washingtonian, she "isn’t poised to become a full-fledged Trump," and "has lived a relatively normal life" during her time in D.C.

But The Washingtonian's Amanda Whiting uncovered one widespread rumor that suggests her time at law school hasn't been entirely conventional.

"One time in class, when Tiffany was cold-called by a professor and didn’t know the answer, a member of her security detail piped up in her place. His answer was right, the class laughed, and the professor told the agent he couldn’t do that anymore," Whiting writes.