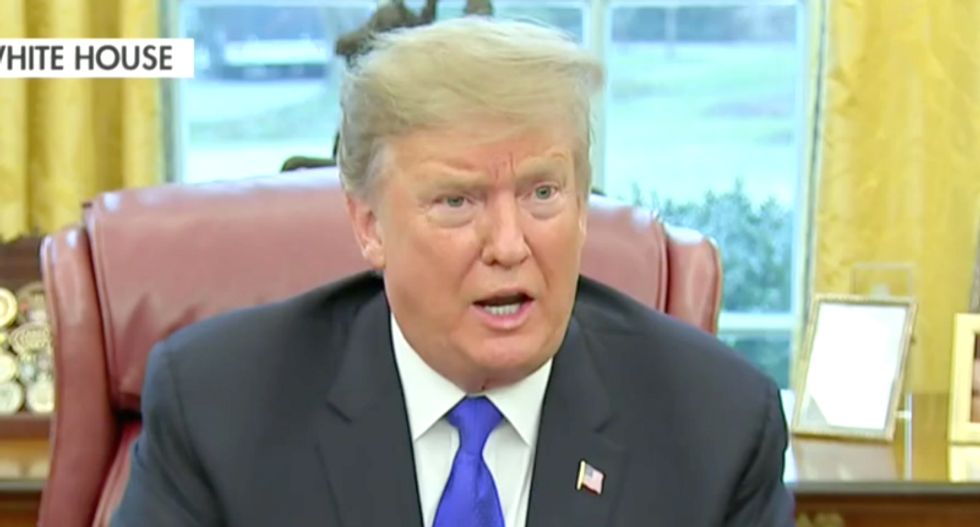 President Donald Trump decided to designate Mexican drug cartels as terrorist organizations despite the unanimous objections of his national security staff -- and even anti-immigration hardliner Stephen Miller, who in the past has expressed approval for white nationalist literature, thought it was a mistake.

Reuters reports that Trump national security officials opposed designating the cartels as terrorists for a host of reasons, including that it may harmed the United States' ability to cooperate with Mexico in the future.

Miller, however, objected to it for a different reason: That it may make it more likely that the United States will have to absorb refugees that would otherwise be kept out.

"Another key concern was that the designations could make it easier for migrants to win asylum in the United States by claiming they were fleeing terrorism," Reuters explains.

Jason Blazakis, who oversaw the designation process at the State Department’s Counter-Terrorism Bureau from 2008 through 2018, tells Reuters that there are many potentially dangerous consequences from designating drug cartels as terrorist groups.