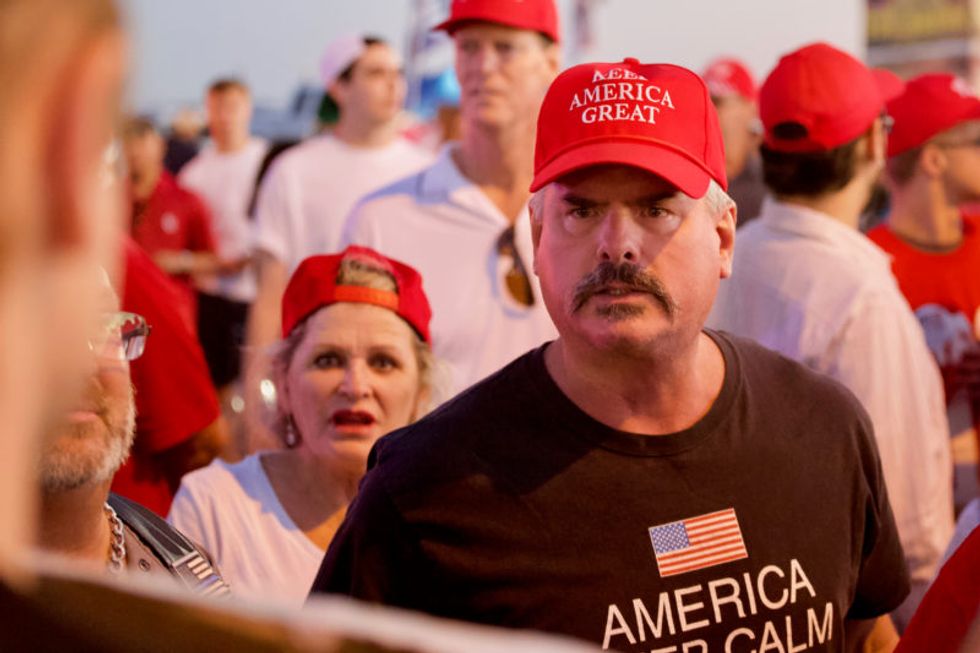 When it comes to hostility towards journalism, Trump supporters take the cake according to a new study.

The study conducted by the Pew Research Center found that 17% of Republicans who "somewhat approve" of Trump’s performance said they believe journalists have very low ethical standards. Around 12% of “never-Trump” Republicans felt the same way. But when it comes to Trump's most loyal supporters, 40% of them say that journalists have very low ethical standards. Another 45% answered low, leaving out the “very,” according to the Pew study.

Democrats who oppose Trump had a more favorable opinion of journalism, with just 4% saying that journalists have very low ethical standards and 33% saying journalism is overall trustworthy. Twenty-three percent of Republicans who are lukewarm in their opinions of Trump said that journalists are trustworthy, but that figure sank to 9% when it came to die-hard Trump fans.

You can read more over at libn.com.