US axes tariffs on Chinese goods in trade war thaw 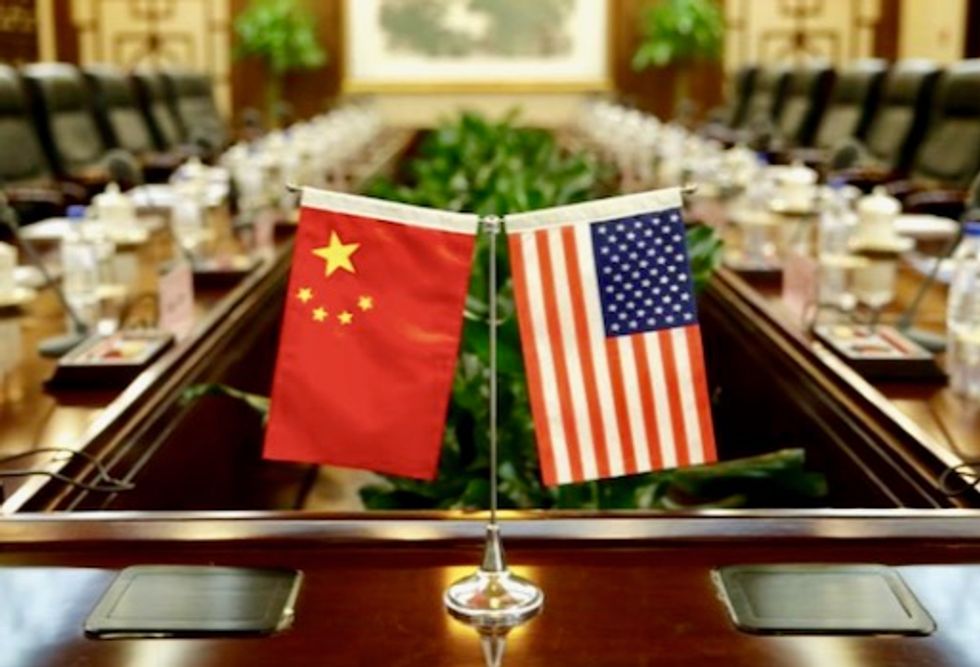 The United States and China announced a major thaw in their trade war Friday, including immediate cuts to punishing import tariffs, but a lack of detail in the partial deal left markets cautious.

"We have agreed to a very large Phase One Deal with China," President Donald Trump tweeted after officials in Beijing made a similar announcement.

The news boosted Trump, who has made trade wars a keystone of his foreign policy, just as a congressional committee set up a full vote on his impeachment next week for alleged abuse of office.

After multiple false dawns in the tussle between the world's number one and two economies, investors were at least relieved that a new round of tariffs due to kick in on Sunday had been shelved.

Those levies "will not be charged because of the fact that we made the deal," Trump said.

In a major concession, Washington will half the 15 percent tariffs imposed on $120 billion in Chinese goods, like clothing, that were imposed September 1 and had a bigger impact on American shoppers than previous rounds.

Trump said existing tariffs of 25 percent on $250 billion of Chinese imports would stay in place pending further negotiations on a second phase deal.

But there was little detail on what the United States will get in return for reducing the leverage.

He said Beijing had already "agreed to many structural changes and massive purchases of Agricultural Product, Energy, and Manufactured Goods, plus much more."

Chinese vice commerce minister Wang Shouwen told reporters Washington had agreed to a "phasing out" of tariffs on Chinese goods.

Wang said the phase one agreement includes strengthening protection of intellectual property rights, expanding market access and safeguarding rights of foreign companies in China -- issues at the heart of US complaints about Beijing's economic policies.

US media reports said China would spend $50 billion on US farm goods -- a major Trump request -- but Chinese officials did not provide any figures at a press briefing in Beijing.

"The two countries have agreed on the text of a phase one trade and economic deal," Wang said.

"Both parties agree that in the next step, both parties will complete the necessary procedures for legal review... and negotiate the specific arrangements for the formal signing of the agreement," Wang said.

"It is hoped that both sides will abide by the agreement, work hard to implement the relevant contents of the first phase of the agreement."

In a sign that tensions remain high, Foreign Minister Wang Yi said earlier Washington was "suppressing" China in a number of fields, including the economy, trade and technology.

Speaking at a symposium on international affairs in Beijing, Wang said the United States had "seriously damaged the foundation of hard-earned trust between China and the US."

With his 2020 re-election battle heating up, Trump is keen to seize the political initiative and show voters his punishing struggle with China has brought results.

The US ultimately wants China to open its vast economy to more goods and to conduct sweeping reforms of what Washington has long called systemic abuse against foreign investors.

But the White House has gradually shifted its position to make it clear that the interim "phase one" deal is all it can achieve for now.

Trump himself has blown hot and cold, repeatedly insisting that China needs a deal more than the United States does.

At the end of November, he said he was in the "final throes" of negotiations, but days later he spooked world financial markets when he said "I have no deadline" for a resolution.