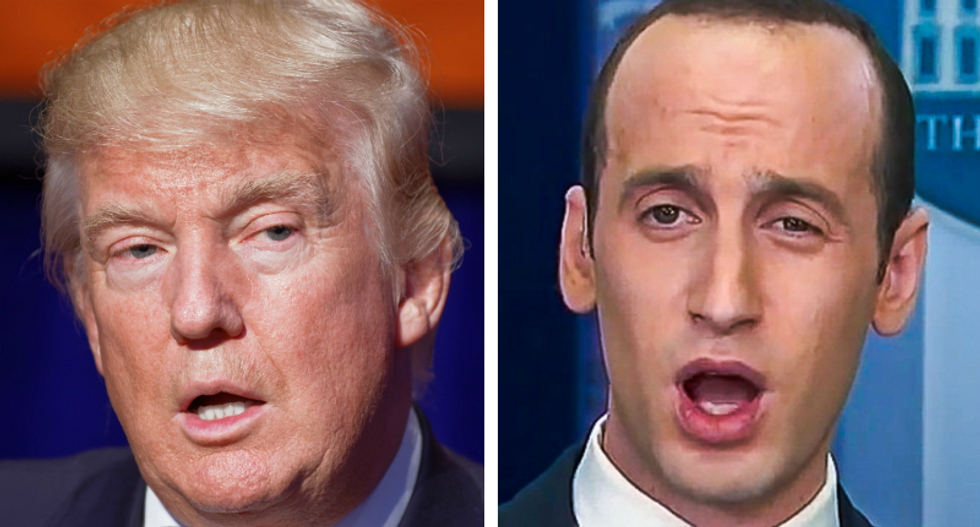 "A 35-year-old man from El Salvador returned to Mexico under a controversial Trump administration program was brutally murdered in Tijuana while waiting for an outcome to his U.S. asylum case, according to his family’s attorney,'" The Sand Diego Union-Tribune reported Friday. "During a seven-month period, the man and his family repeatedly told U.S. officials — including a San Diego immigration court judge, officials with Immigration and Customs Enforcement and border agents with U.S. Customs and Border Protection — that they were not safe in Tijuana, the lawyer said."

He was returned to Mexico anyway.

“I don’t know how there’s an argument that Mexico is a safe country,” he said. “My clients begged not to be sent back there.”

“We are literally putting people’s lives at risk,” Sterger said. “When we look back at this, historically, we are not going to be proud.”

The policy could be a violation of international law.

"Under international law, countries are forbidden from returning asylum seekers to any country where they are likely to face danger of persecution because of their 'race, religion, nationality, membership of a particular social group or political opinion.' The legal principle is known as non-refoulement," the newspaper explained. "Migrant rights advocates have been warning the public that the U.S. government is violating the 'non-refoulement' principal with the MPP program, which is facing numerous challenges and lawsuits in federal court."

The man may have been tortured before his murder.

"A Baja California death certificate says the husband and father died on Nov. 20 from stab wounds to his neck. It also said he had cuts and stab wounds all over his torso that a Baja California investigator confirmed could indicate torture," the newspaper reported.