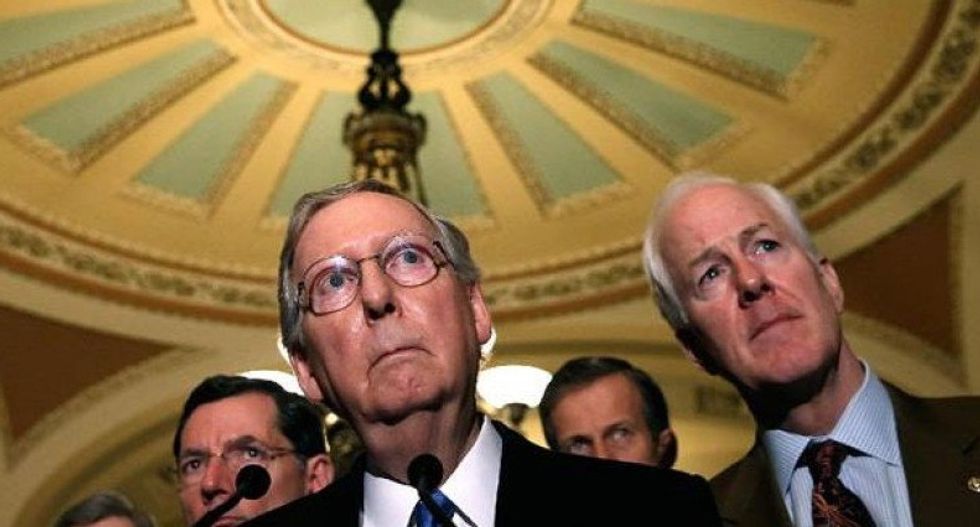 Unhinged leaders, dynastic intrigue, devastation and plunder: For 15 years I have been researching and teaching the ancient historian Tacitus’ works on the history of the Roman Empire. It has rarely been difficult to find echoes of the history he describes in current events.

I’m not the first person to make this observation.

“When I read them,” wrote Adams, “I Seem to be only reading the History of my own Times and my own Life.”

Over the past three years the world depicted by Tacitus has seemed much more immediate. The U.S. political situation during the Trump presidency has led me to better appreciate the closeness of Tacitus’ observations to our times.

And while commentators have compared Trump with several Roman emperors, from Tiberius to Nero and Commodus, the comparison that has struck me – and may be most meaningful – is between other elected officials in the U.S. and members of the Roman senate described by Tacitus.

As Tacitus explores, the Roman senate declined from a long-held position of authority under the Roman Republic to become a body almost wholly reliant on the whims of a given emperor. 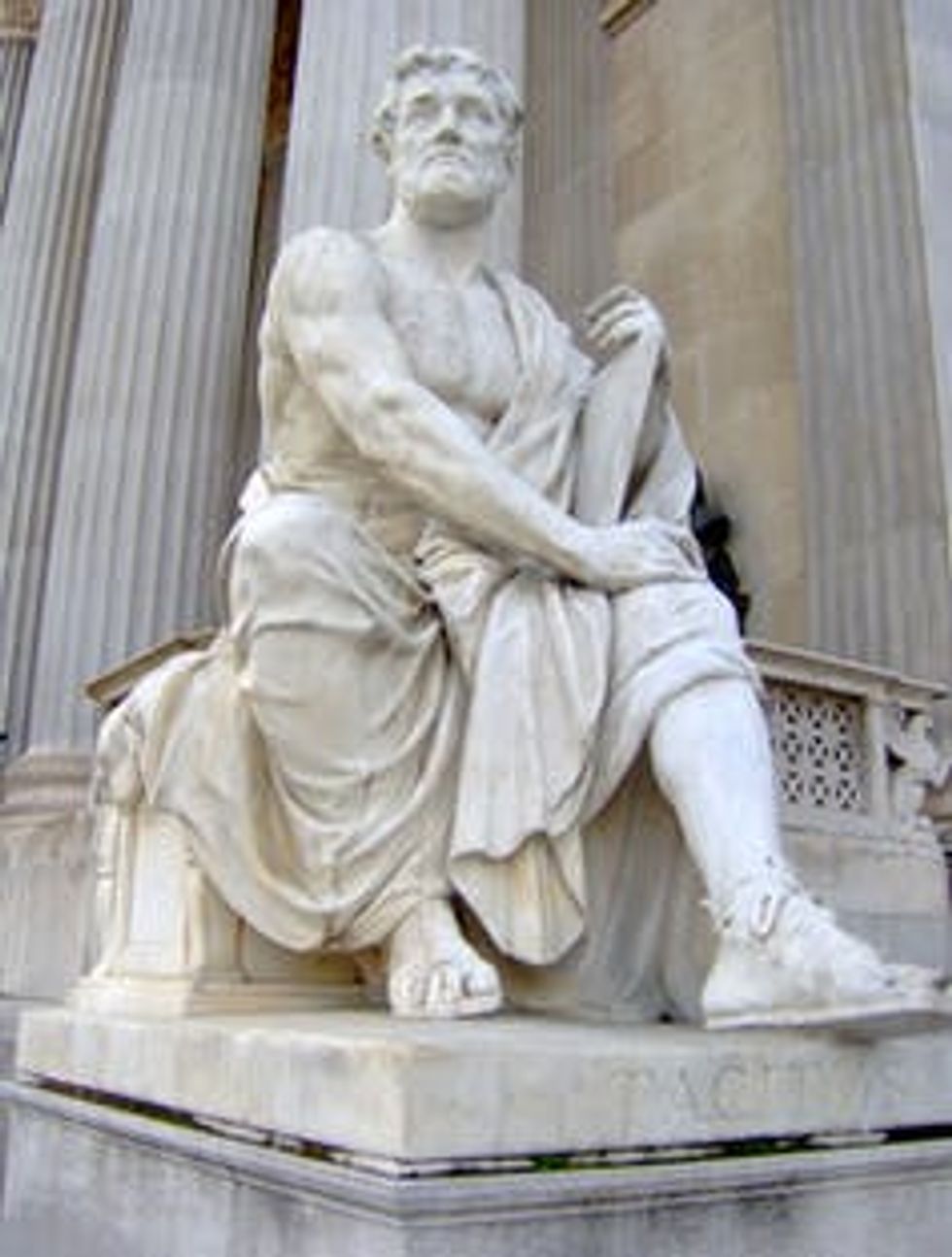 A modern statue of historian and senator Tacitus, outside the Austrian Parliament in Vienna.

Tacitus (c. A.D. 55 - c. A.D. 120) was himself a Roman senator; his writing shows a particular interest in the conduct of senators.

Prior to Tacitus’ time, Rome had been a republic (509-27 B.C.). In that system magistrates were elected and alternated annually. Those who had served in elected office entered the senate in perpetuity. This body was, in essence, a collective of hundreds of members of the political class, who deliberated and voted on domestic and foreign policy.

During the period Tacitus writes about (A.D. 14-96), the Roman state remained a republic in name, with its institutions more or less intact. Yet one individual, the emperor – known as the princeps – held what were essentially emergency powers over domestic and foreign affairs. So the “republic” of this period was functionally an autocracy. This meant that government institutions other than the emperor had little power.

So in the period Tacitus describes, senators still formally convened, gave impassioned speeches and debated issues of the day. But most often resolutions would go nowhere without the “encouragement of the emperor,” as the historian puts it in one passage. The situation frequently left senators tongue-tied or, worse, “stooping to the most abject supplication.”

Their subservience could be seen in, for example, senatorial decrees to celebrate military victories that had not occurred; or, after the emperor Nero snuffed out a plot against him, in the senatorial motion to erect a Temple to the Divine Nero.

Senatorial fealty to the emperor was perhaps most apparent in the proliferation of prosecutions of other Romans for perceived acts of treason against the emperor. From a successful prosecution a senator could win the favor of the emperor, along with untold riches. Tacitus considered this rash of self-serving prosecutions to be “the gravest of destructive forces” under the empire.

The writings of the senator-as-historian Tacitus continually explore this paradox of a republican system that was autocratic in practice, asking: What exactly had become of the senate’s role? What did senators understand it to be? What type of governmental system was this?

A revealing moment about the long-term consequences of senatorial dread of a given emperor’s whims takes place in Tacitus’ account of senatorial debate in A.D. 70, soon after the death of the infamous Nero.

The senator Curtius Montanus decries the culture of complacency and deference by senators toward emperors. Condemning their “greed of gain,” he says to his fellow senators, “Do you think that Nero was the last of our masters? Those who survived the reigns of (earlier emperors) Tiberius and Caligula thought the same thing.”

Montanus’ speech gets to the heart of the senate’s uncertain status. Assertion of independence was possible, and Tacitus’ works present a number of voices of senatorial independence. But many in the senate – aware of a given emperor’s power to end their political lives and damage their fortunes – were happy to wait it out and hope for a more temperate successor.

Tacitus attributes this very approach to the senator Eprius Marcellus, who managed to stay influential under a series of emperors. Marcellus, he writes, considered the best plan “to admire the past, but conform to the present; to pray for good emperors and tolerate whatever sort you got.” Marcellus’ conformity to his times came out most of all in his willingness to attack a given emperor’s enemies. His skill in this pursuit earned him both prestige and wealth – until, according to the later historian Cassius Dio, a successful prosecution against him spelled Marcellus’ end. 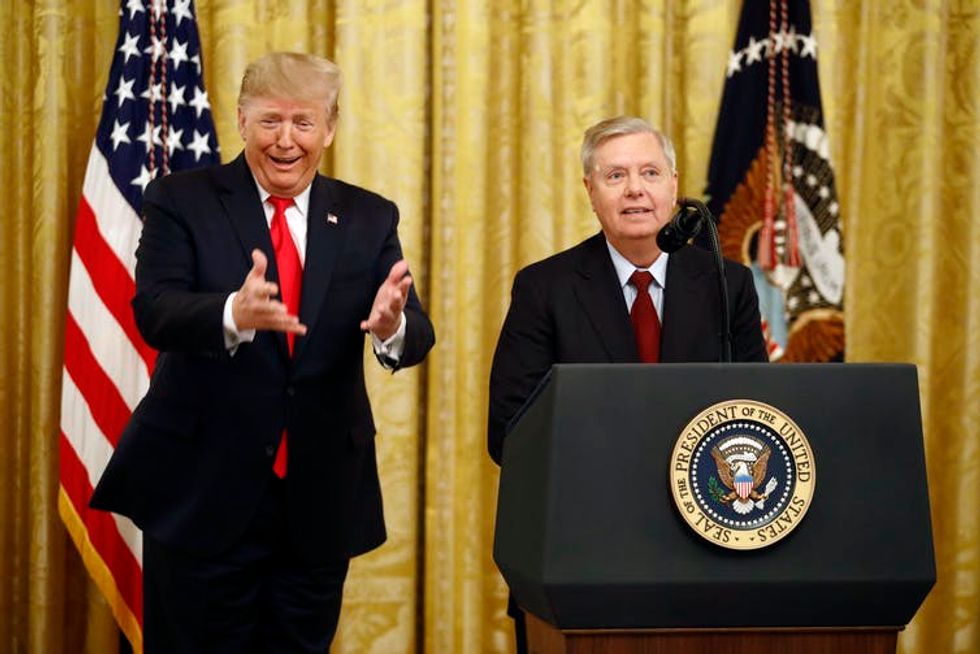 GOP Sen. Lindsey Graham, right, has shifted from a Trump critic to a Trump supporter. Here, he speaks at the White House, Nov. 6, 2019, as the president looks on.

There are countless differences between the Roman and American political systems. But Marcellus’ credo about “conforming to the present” and getting by in the face of a strong-willed executive has found resonances in the words and actions of U.S. senators of late.

Sen. Lindsey Graham, a Republican from South Carolina, said earlier this year that his about-face – from staunch Trump critic to frequent defender and now investigator of the president’s political rivals – reflects his concern “to be relevant” under changing political circumstances.

These comments are matched by more concrete demonstrations of the marginalizing of the Republican-led Senate. Trump has appointed a number of acting secretaries, bypassing the usual Senate confirmation vote. He has circumvented Congress’ power of the purse by using emergency powers to get money to build his border wall. He has evaded the requirement for congressional approval of arms sales to foreign states, and vetoed Congress’ attempt to block the sales.

In June he asserted that he does not need congressional support for war against Iran – much less to withdraw troops from northern Syria, as he did unilaterally this fall.

While we may chalk up senatorial inaction – in the first or 21st century – to fear of an individual leader’s powers, there is another underlying factor that may align political figures from these two periods: The rise of an autocrat was personally good for them.

New York Times columnist Jamelle Bouie recently described this as the “simplest explanation” behind the motivations of many Republican lawmakers. He notes that their independence still emerges in, for example, opposition to the withdrawal from Syria.

But since Trump has pushed for policies long wanted by Republicans, such as lower taxes on the wealthy and minimal regulations, as well as a conservative judiciary, Bouie asks, “Why would any of them stand against a president who has delivered on each count?”

Tacitus made a comparable diagnosis. Of the first princeps Augustus’ emergence in the 30s and 20s B.C., he writes:

“Slowly he rose, dragging to himself the guardrails of the senate, magistrates, and laws – with no one opposing, since the fiercest had died in battle or through proscription, and the rest of the prominent men preferred the security of the present to the dangers of the past. The readier one was for servitude, the more he would be lifted up in wealth and in prestige…”

The members of the political class that for hundreds of years had provided a guardrail for Rome’s republican system now gained both financial prosperity and status from their cooperation with Augustus.

This, Tacitus explains, is how autocracy comes about – and persists.

Is this same process playing out in the U.S.? Is the history of our own times, as John Adams put it, replaying the era that Tacitus describes? Or will political figures in the U.S. – or the U.S. electoral process – respond to a growing autocracy in ways that the ancient Romans did not?