Why White Island erupted and why there was no warning 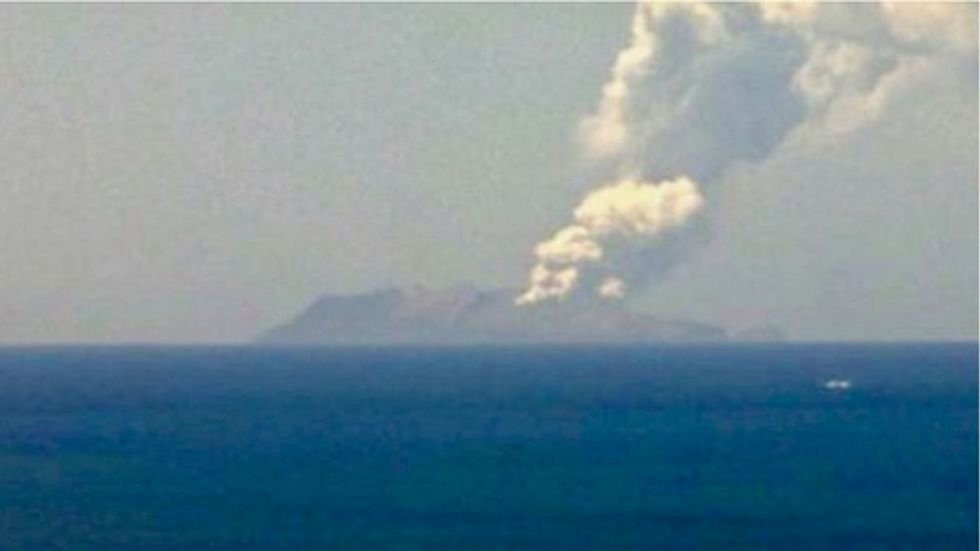 The sudden eruption at White Island was short-lived but produced an ash plume that rose several kilometres above the vent. GNZ Science, CC BY-ND

Five people have been confirmed dead, 18 have been rescued and are injured, some seriously, and several remain unaccounted for after a sudden volcanic eruption on Whakaari/White Island off the east coast of New Zealand.

The island is a tourist destination and around 50 people were on it when it erupted on Monday afternoon. Volcanologists at GeoNet, which operates a geological hazard monitoring system, described the eruption as impulsive and short-lived, with an ash plume that rose to more than three kilometres above the vent.

This footage was taken by Michael Schade whose family got off Whakaari/White Island 20 minutes before it erupted.

White Island is one of several volcanoes in New Zealand that can produce sudden explosive eruptions at any time. In this case, magma is shallow, and the heat and gases affect surface and ground water to form vigorous hydrothermal systems.

In these, water is trapped in pores of rocks in a super-heated state. Any external process, such as an earthquake, gas input from below, or even a change in the lake water level can tip this delicate balance and release the pressure on the hot and trapped water.

The resulting steam-driven eruption, also called a hydrothermal or phreatic eruption, can happen suddenly and with little to no warning. The expansion of water into steam is supersonic in speed and the liquid can expand to 1,700 times its original volume. This produces catastrophic impacts.

The expansion energy is enough to shatter solid rock, excavate craters and eject rock fragments and ash out to hundreds of metres away from the vent. We know of sites in New Zealand where material has been blasted out over three kilometres from the vent by such eruptions. 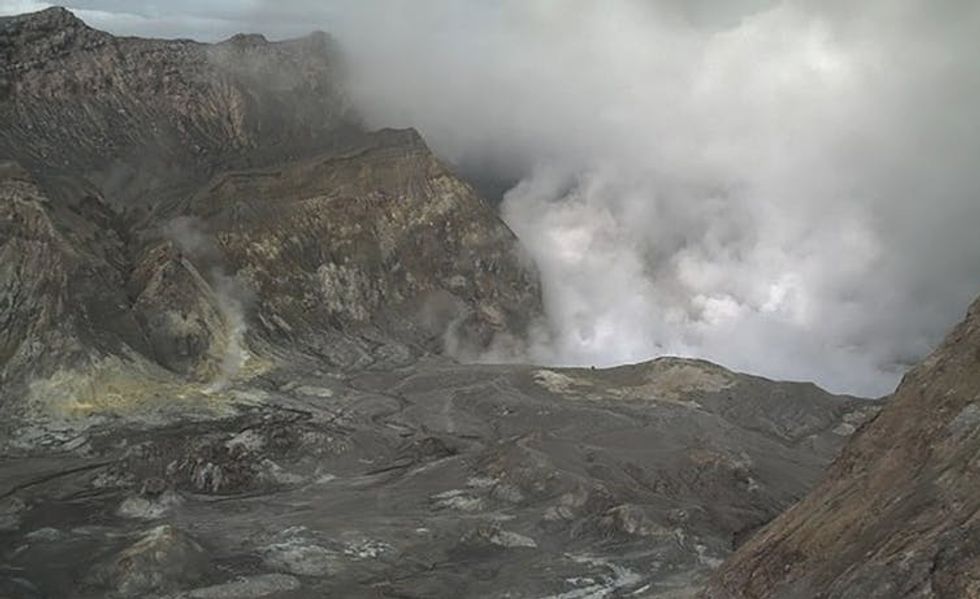 The eruption on White Island sent sent huge amounts of steam and ash into the air in the blast.

The hazards expected from steam-driven eruptions are violent ejections of hot blocks and ash, and the formation of “hurricane-like” currents of wet ash and coarse particles that radiate from the explosion vent. These can be deadly in terms of impact trauma, burns and respiratory injuries.

The eruptions are short-lived, but once one happens, there is a high chance for further, generally smaller ones as the system re-equilibrates. White Island is an acute location for such activity, but it is not the only location in New Zealand where this can happen.

Mount Ruapehu (crater lake), Mount Tongariro (Te Maari and Ketetahi) and geothermal areas of the central North Island all have the potential to cause such events. We know there have been more than 60 hydrothermal eruptions in the last 100 years in New Zealand. Some of these have caused loss of life.

Each volcano has unique warning signs that eruption is imminent

Monitoring and warning for hydrothermal eruptions is a huge challenge. We don’t normally see these eruptions coming, no matter how much we would like to. Many systems are already “primed” for such events, but the triggers are poorly understood.

The warning periods, once an event gets underway, are likely in the order of seconds to minutes. Our only hope for anticipating these events is to track potential vapour and liquid pressure in hydrothermal systems and to learn from their long-term behaviour when they are at a super-critical state. Unfortunately there are no simple rules that can be followed and each hydrothermal system is different.

In this age of technology and instrumental monitoring, it seems irrational that there should be little or no warning for such eruptions. The eruption is not caused by magma, but by steam, and this is much harder to track in our current monitoring systems.

Why Japan’s deadly Ontake eruption could not be predicted