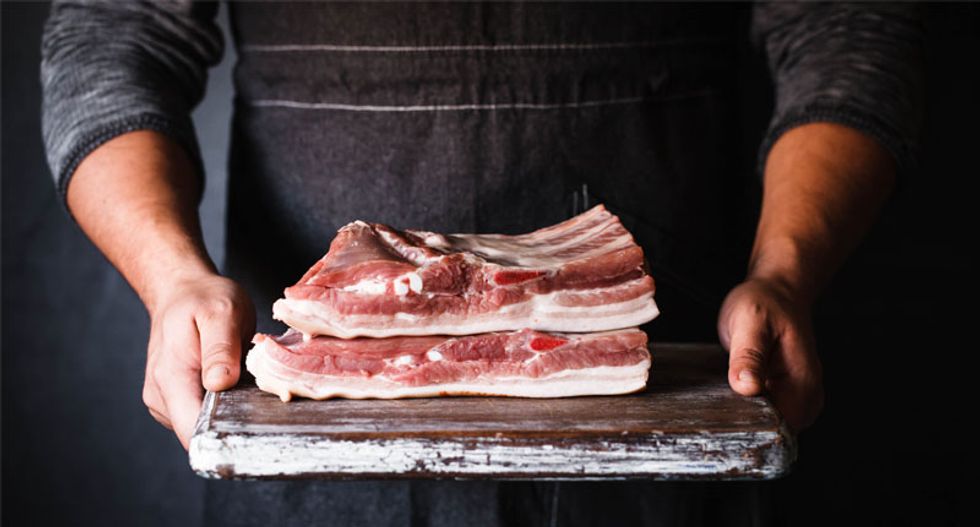 A lawsuit filed Monday against President Donald Trump's loosening of regulations in pork inspection plants aims to stop the rules from taking effect to protect consumers from illness and death.

"There is no gray area here," said Food & Water Watch senior staff attorney Zach Corrigan in a statement. "The new rules curtail the ability of federal inspectors to detect serious food-safety problems and expose those who consume such pork products to serious health threats like salmonella."

According to a press release from the two groups, the new Department of Agriculture (USDA) rules are "a draconian reversal to the swine slaughter inspection system that has existed in the United States since 1906."

Under the new regulations put forth by the Trump administration, federal inspectors are no longer responsible for examining the animals before and after slaughter and will see a reduced role on the line.

According to Food & Water Watch:

The new rules prevent such inspection and hand over these responsibilities to the slaughter companies themselves. They also surrender federal control over removing contamination from carcasses to slaughter companies without any minimum training requirements for slaughter-plant employees.

"Reducing the number of trained federal inspectors and increasing line speeds is a recipe for disaster," Center for Food Safety staff attorney Ryan Talbott said in a statement.

"USDA has an obligation to protect the health and welfare of consumers," added Talbott. "USDA cannot do that when it takes a back seat and lets the slaughter plants largely regulate themselves."