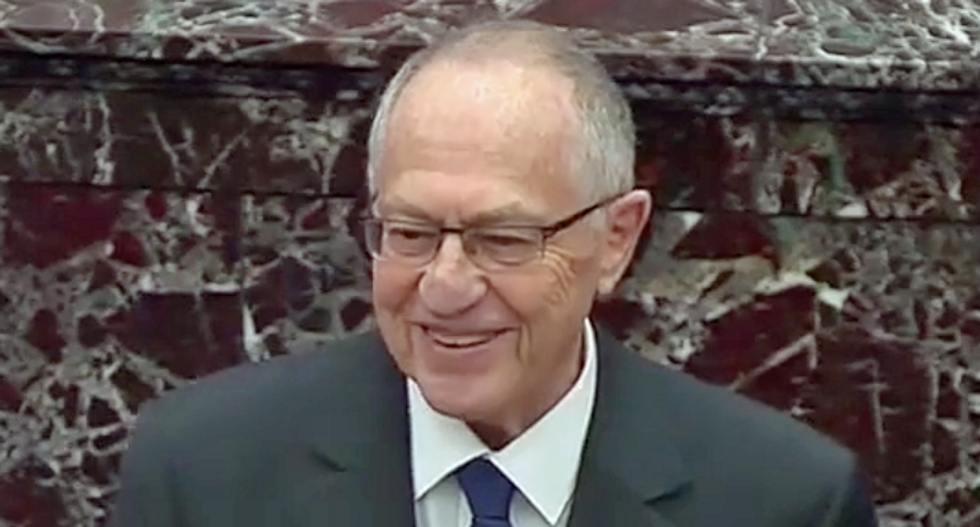 In an article published at the Washington Post this Thursday, Elizabeth Holtzman, who represented New York’s 16th Congressional District in the U.S. House of Representatives from 1973 to 1981 as a Democrat, declared Trump defense team member Alan Dershowitz to be "flat-out wrong in his assertion that abuse of power is not a basis for impeachment." Dershowitz also happens to be Holtzman's former professor at Harvard Law School.

"His position contradicts his own prior views, as well as the views of almost all legal scholars, something that Dershowitz himself admits,' Holtzman writes. "Just as important, his assertion flies in the face of the articles of impeachment voted against President Richard M. Nixon by the House Judiciary Committee — of which I was a member — in 1974. These articles did not charge Nixon with a crime, a fact Dershowitz willfully ignores."

Holtzman isn't surprised that Dershowitz is trying to "sweep the Nixon precedent under the rug," since it "completely demolishes his argument that a president may be impeached only for a criminal act." For Dershowitz to disregard that precedent and pretend it doesn't exist makes no sense, since it's the consensus of legal scholars that the work of the Judiciary Committee against Nixon is the "gold standard."

"Even today, the Nixon precedent remains valid and powerful," she writes, adding that the Senate "should not fall into the trap of Dershowitz’s fallacious arguments."