'Baghdad Bob had more concern for the appearance of neutrality than Mitch McConnell': columnist 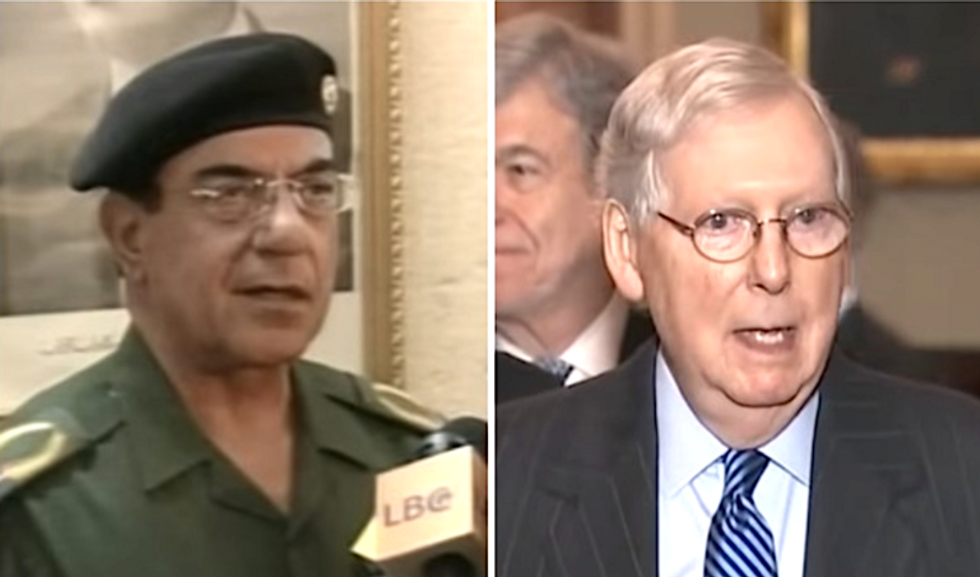 In an op-ed for The Week this Friday, national correspondent Ryan Cooper says that when it comes to the question of whether or not President Trump tried to "blackmail Ukraine into subverting the 2020 election," Trump is acting like a guilty person.

"Trump himself has all but admitted his guilt, saying in response to accusations that he demanded Ukraine dig up dirt on Biden that '[I]t's very important to talk about corruption. If you don't talk about corruption, why would you give money to a country that you think is corrupt?'" Cooper writes. "The memorandum the White House released describing the call between Trump and Zelensky also contains an unmistakable veiled blackmail demand."

According to Cooper, that is "unquestionably why Trump has prevented his top officials from testifying before the House impeachment inquiry."

Cooper calls Trump the most "nakedly selfish person ever to occupy the White House," adding it's hard to find any examples of Trump ever taking the "slightest move to benefit anyone outside himself or his immediate family."

He mentioned Senate Majority Leader Mitch McConnell's recent appearance on Sean Hannity's Fox News show where he promised to coordinate with the White House counsel in the President's defense, as well as McConnell's private meeting with Trump and his January 7 announcement that he is prepared to conduct the trial without any agreement with House Democrats about calling witnesses -- all actions that showed "Baghdad Bob had considerably more concern for the appearance of neutrality" than McConnell.

"Any trial run by McConnell is so obviously going to be a sham that even a couple Republican senators have expressed concern about a fair process," Cooper contends.

Read his full piece over at The Week.