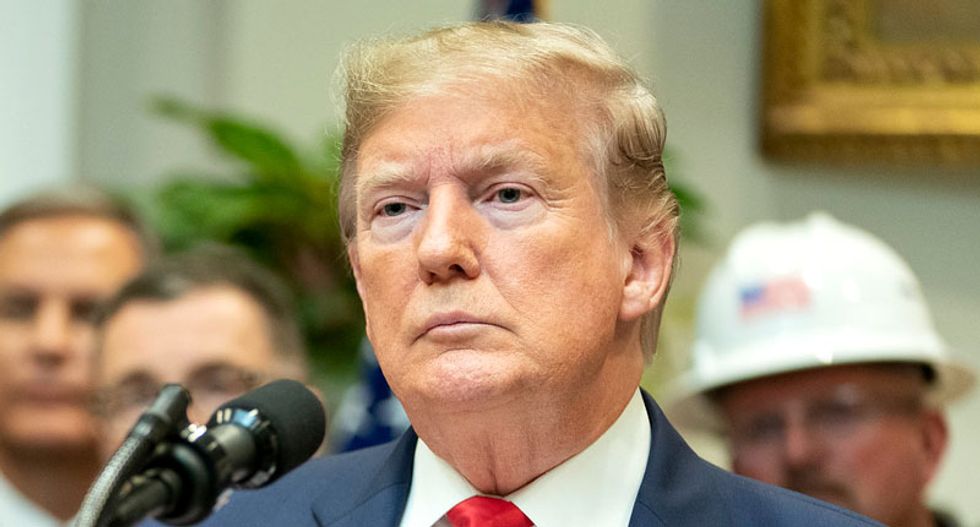 President Donald J. Trump listens to a reporter’s question after his announcement of the proposed changes to National Environmental Policy Act (NEPA) regulations Thursday, Jan. 9, 2020, in the Roosevelt Room of the White House. (Official White House Photo by Shealah Craighead)

Cameras "miles in the sky", a countdown and then "boom": US President Donald Trump has recounted the final moments of Iran's powerful General Qasem Soleimani in an American drone strike.

Trump delivered the account Friday night to Republican Party donors gathered at his Florida residence Mar-a-Lago for a fundraising dinner, US media said.

CNN on Saturday broadcast an audio recording in which the president gave new details about the January 3 strike at the airport in Baghdad. It killed the Revolutionary Guards Quds Force commander and members of Iraq's Hashed al-Shaabi, a paramilitary force with close ties to Iran.

"He was supposed to be invincible," Trump said.

Democrats and other critics have questioned the timing of the strike, the month before Trump's Senate impeachment trial, and the administration's shifting reasons for launching it.

In the audio released by CNN, Trump did not refer to an "imminent" attack which Secretary of State Mike Pompeo has said Soleimani was planning. Nor was there a reference to "four embassies" which Trump later alleged were being targeted.

He then described the scene, relaying the words of the military officers giving live updates to him in Washington.

"They said, 'Sir, and this is from, you know, cameras that are miles in the sky. They are together sir. Sir, they have two minutes and 11 seconds. No bullshit. They have two minutes and 11 seconds to live, sir. They're in the car. They're in an armored vehicle going. Sir, they have approximately one minute to live, sir... 30 seconds, 10, nine, eight... then all of sudden boom. They're gone, sir.'"

Trump acknowledged that the US strike "shook up the world" but said Soleimani "deserved to be hit hard" because he was responsible for killing "thousands of Americans" -- a figure which contrasted with one he gave on January 8. At that time, Trump said the Iranian "wounded and murdered thousands of US troops."

Iran vowed revenge for the US strike, raising fears of war, and later launched missiles at bases in Iraq housing US troops. None were killed.