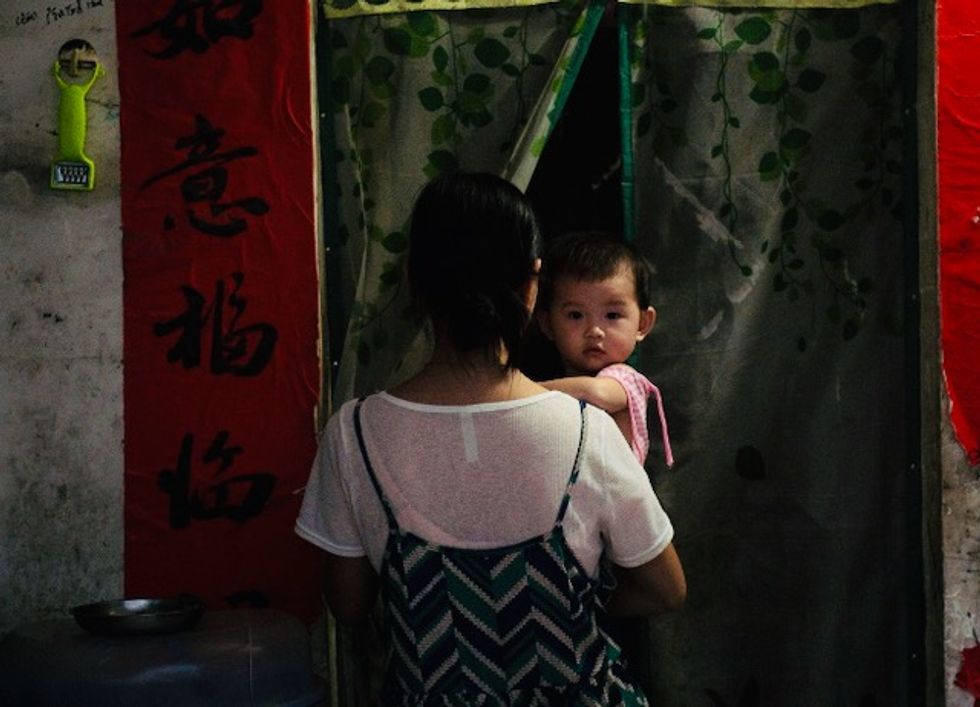 China's birth rate dropped last year to its lowest level since the Communist country was founded in 1949, adding to concerns that an ageing society and shrinking workforce will pile pressure on a slowing economy.

To avoid a demographic crisis, the government relaxed its one-child policy in 2016 to allow people to have two children, but the change has not resulted in an increase in pregnancies.

In 2019, the birth rate stood at 10.48 per 1,000 people, down slightly from the year before, according to data from the National Bureau of Statistics (NBS) released on Friday.

The number of births has now fallen for three consecutive years, still, there were 14.65 million babies born in 2019.

He Yafu, an independent demographer based in southern Guangdong province, said the number of births was the lowest since 1961, the last year of a famine that left tens of millions dead. He said there were around 11.8 million births that year.

AFP/File / Ed Jones The government relaxed its one-child policy in 2016 to allow people to have two children, but the change has not resulted in more pregnancies

US-based academic Yi Fuxian, senior scientist at the University of Wisconsin-Madison, told AFP that even though China has abolished its one-child policy, there has been a shift in the mindset of the population, with people now used to smaller families.

He added that a higher cost of living is also a factor, noting that daycare is expensive and inconvenient in China, posing another deterrence.

He believes that China's population is over-estimated, and according to his work, the real population "began to decline in 2018".

According to official figures, China's population stood at 1.4 billion by the end of 2019, increasing by 4.67 million from the year before.

While China's limit on family sizes could be removed altogether eventually, the demographer He said citizens are still being punished for having three children, even though some areas have reduced punitive measures.

China has signalled that it might end limits on family size as a draft of the new Civil Code -- due to be introduced at the annual session of the rubber-stamp parliament in March -- omits all mention of "family planning".

The one-child policy was introduced by top leader Deng Xiaoping to curb population growth and promote economic development, with exceptions for rural families whose first-born was a female, and for ethnic minorities.

The measure was mainly enforced through fines but was also notorious for forced abortions and sterilisations.

The result was dramatic: fertility rates dropped from 5.9 births per woman in 1970 to about 1.6 in the late 1990s. The replacement level for a population is 2.1.

This could pose a problem for the economy in the future, as the country's workforce continued to shrink last year.

This marks the eighth consecutive year of decline, and the workforce is expected to decline by as much as 23 percent by 2050.

"The demographic problem is a slow, long-term one," He told AFP.

He noted that ageing Japan, which saw rapid growth in the 1980s, has seen almost zero percent growth in recent years.

China's economy grew by 6.1 percent in 2019, its slowest pace since 1990 as it was hit by weaker demand and a bruising trade war with the United States.

"Because China's education levels have been going up, in the short term, the population issue should not impact growth too much," he said.

"But in the long run, if the trend continues, it would pose a huge drag on economic growth."

Six young climate activists are suing the Brazilian government for revising its commitments under the Paris Agreement in a way that allows the country to emit more greenhouse gases, environmentalists said Wednesday.

The lawsuit seeks to annul the revised emissions commitments Brazil submitted in December, which effectively increased the country's 2030 carbon target by more than 400 million tonnes.