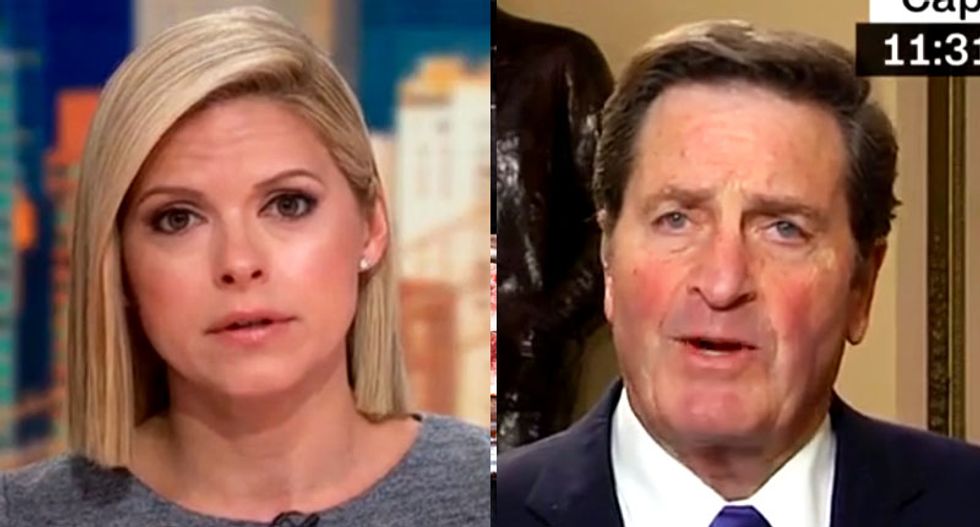 Congressman John Garamendi (D-CA) said Tuesday on CNN that he did not believe President Donald Trump's justifications for the killing of Iranian general Qassem Suleimani.

"If you take a look at the president's record of lies, half-truths, and fabrications -- what, over 15,000 in the three years he has been in office -- there's a very good track record that, yeah, he's just trying to make it up as he goes," Garamendi told CNN's Kate Bolduan.

"He saw an opportunity -- probably more to do with impeachment than anything else -- to take Suleimani out, and in doing so, now's he got to find some sort of justification for having done so."

"Congressman, let me push you on that, because that's a serious charge," Bolduan interjected. "Saying ... that the attack to take out Suleimani had more to do with [distracting] and moving away from anything else. Do you really think that they moved to attack the second most powerful person in Iran just to distract from impeachment?"

Garamendi noted that Trump himself predicted that then-President Barack Obama would start a war with Iran to get himself re-elected.

"Our president will start a war with Iran because he has absolutely no ability to negotiate. He's weak and he's ineffective. So the only way he figures that he's going to get reelected — and as sure as you're sitting there — is to start a war with Iran," Trump said in 2011.

"Such a thing has been on Trump's mind," Garamendi said.

"Have you seen a suggestion of that? Because that would be, from a layman's perspective, completely and utterly ridiculous," Bolduan said.

"You haven't spent much time on the streets and the bars of America, have you?" the congressman shot back. "It's talked about all the time."